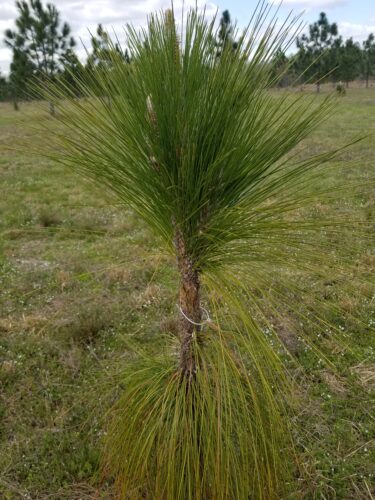 In late March, VDOF personnel completed a longleaf pine grafting project at the New Kent Forestry Center (NKFC). The longleaf pine seed orchard at NKFC has been developed in response to a need for consistent crop production to support restoration efforts for this diminished species.

This year during a three-day period, a crew collected and grafted 97 scion. Scion are approximately five- to eight-inch buds cut from older, established longleaf trees in the orchard.  By top-grafting the scion (explained below with photos) onto established three- to four-foot tall root stock, VDOF’s tree improvement team can achieve two things:

The longleaf pine project is an attempt to preserve the genetics of the very few (<200) remaining Virginia-native longleaf pines. Research has found that these trees are uniquely adapted to the climate and soil conditions here at the northern limit of their range. Because grafted trees are clones of their parents, this process allows VDOF to save as much of this genetic base as possible for future seed/seedling production. 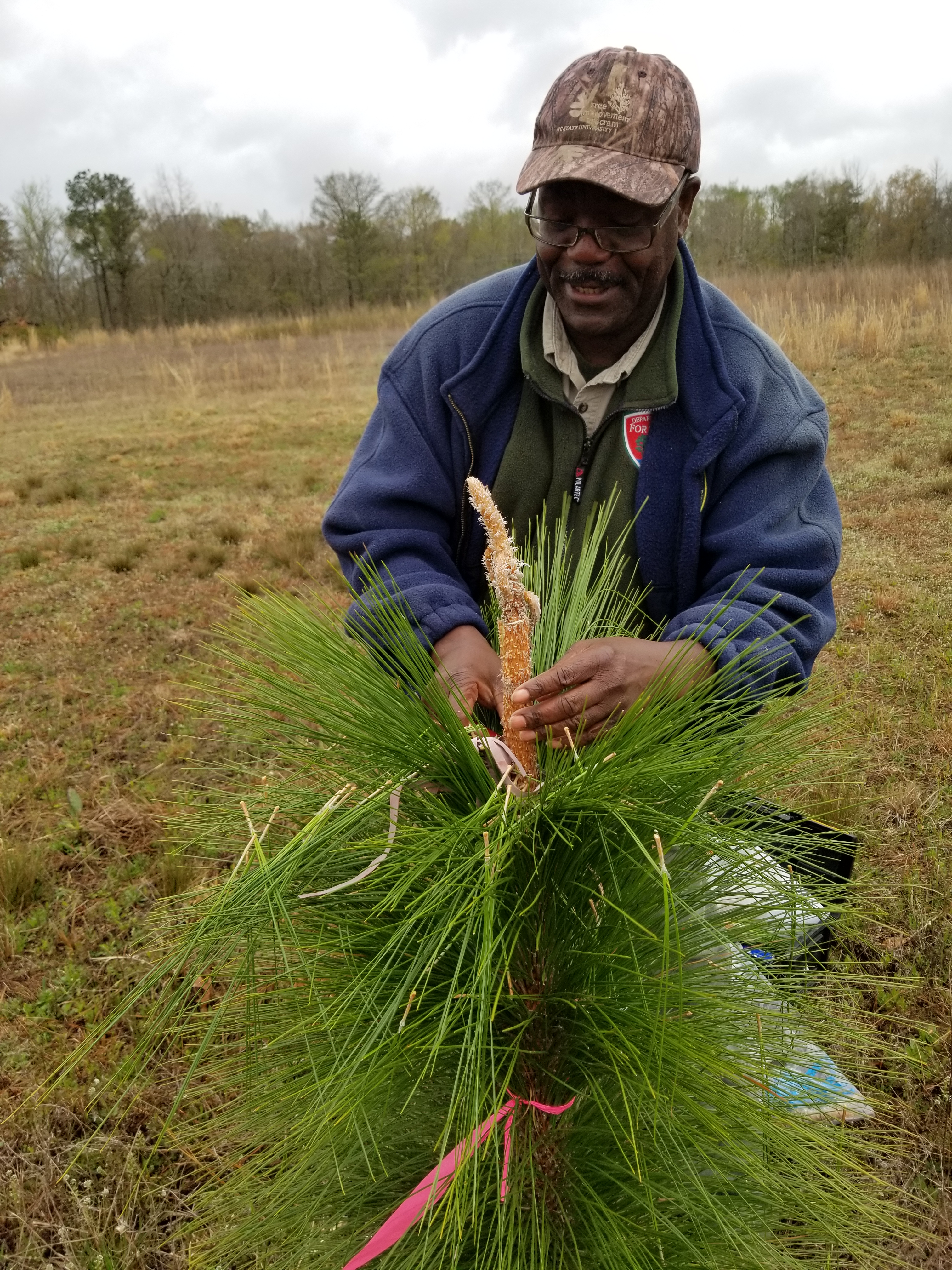 Ones Bitoki (tree improvement manager) has cut the terminal bud from the root stock and grafted a scion in its place. 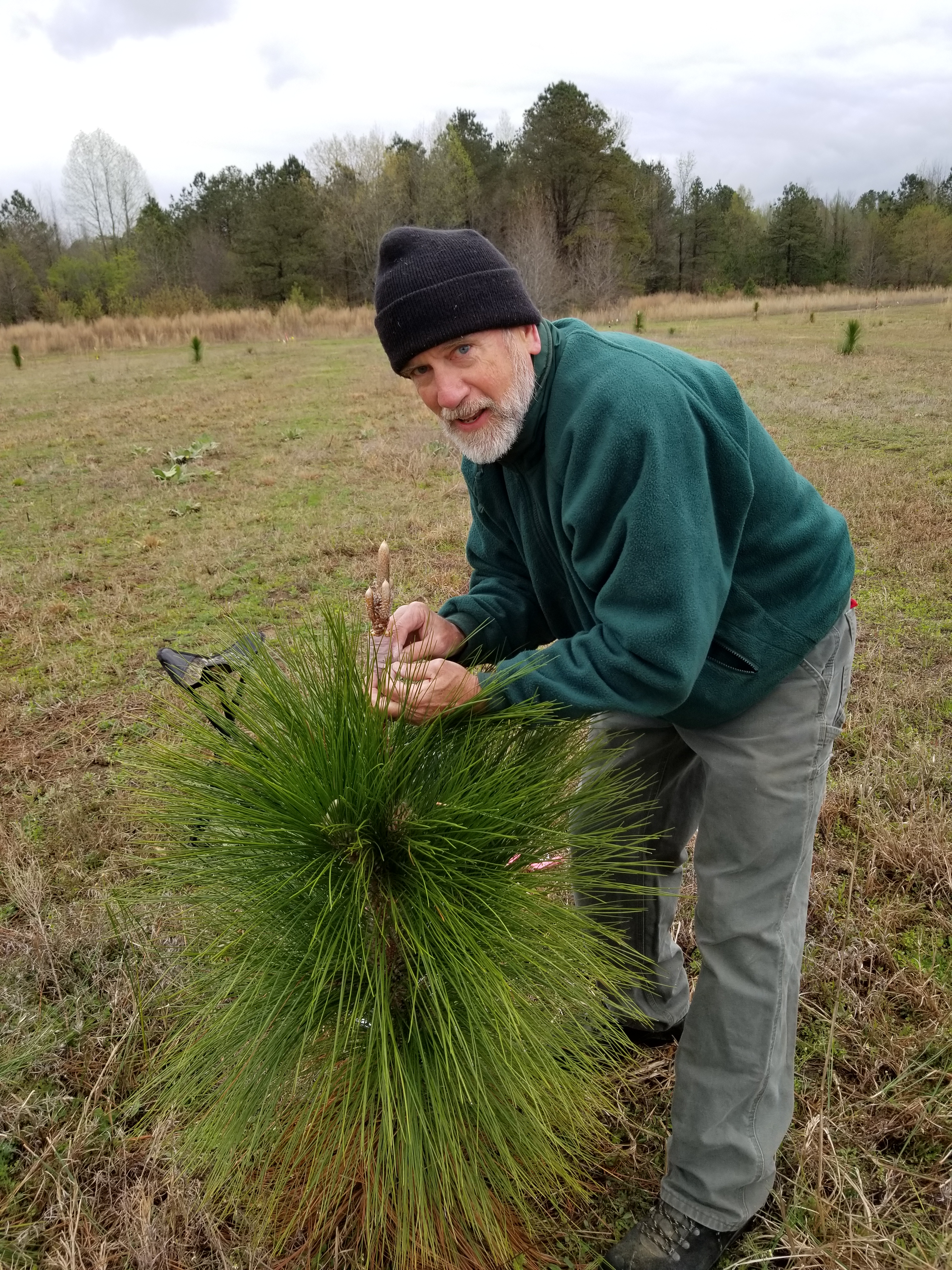 Dennis Gaston (eastern area state forests manager) has wrapped a grafted scion with rubber grafting bands which will hold everything in place until it begins to grow together. 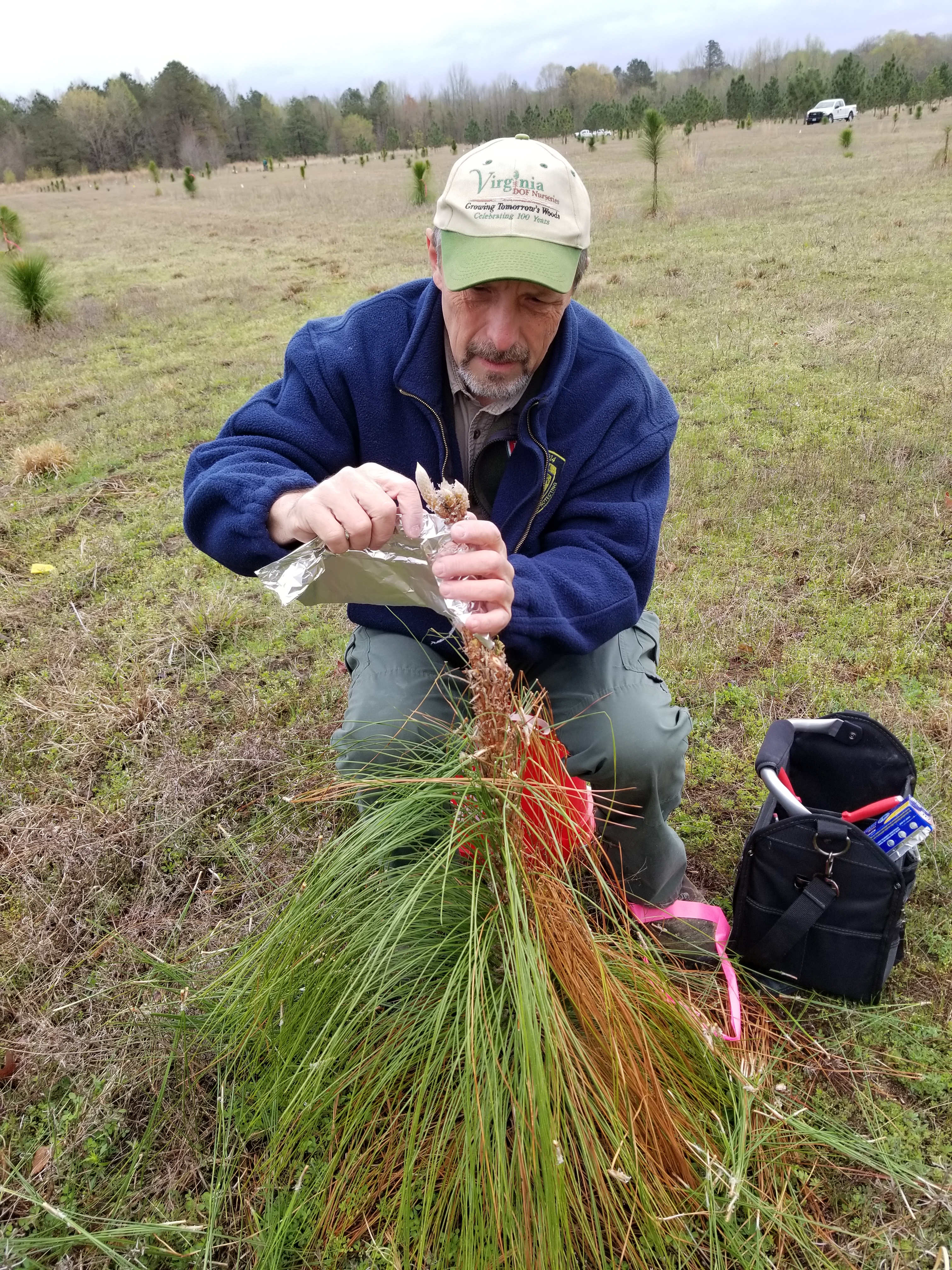 The new grafts are first wrapped with rubber grafting bands, which was noted in the previous photo.  Next they are wrapped with parafilm which helps to seal the graft and keep out insects or any elements which may harm the graft.  Finally, it is wrapped in aluminum foil, adding another layer of protection. In this photo, Jerre Creighton (research program manager) is wrapping a graft in foil. 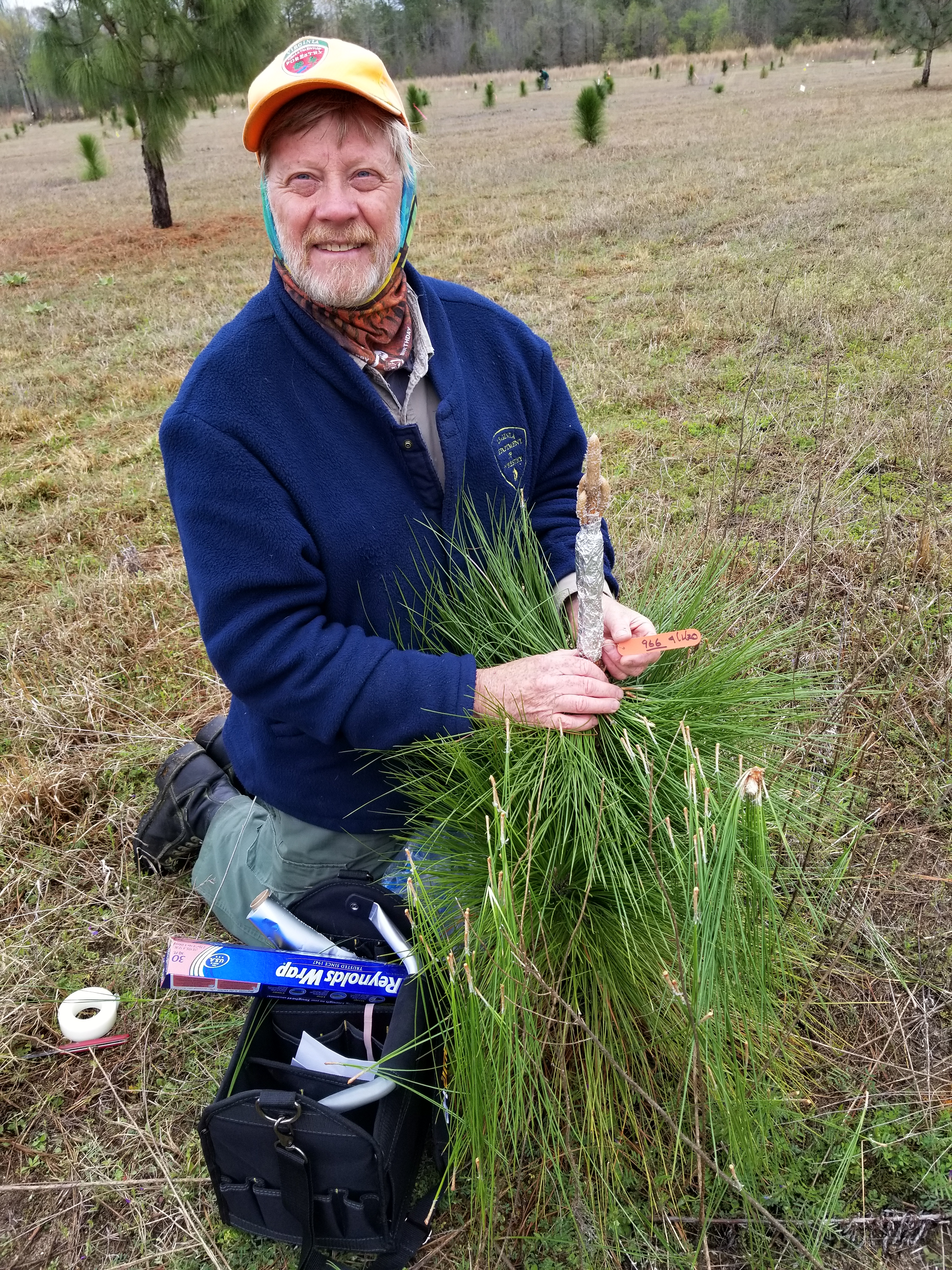 We tag each graft with the parent tree number and the grafting date for our records.  In this photo, Jim Schroering (southern pine beetle and longleaf pine coordinator) has tagged a completed graft. 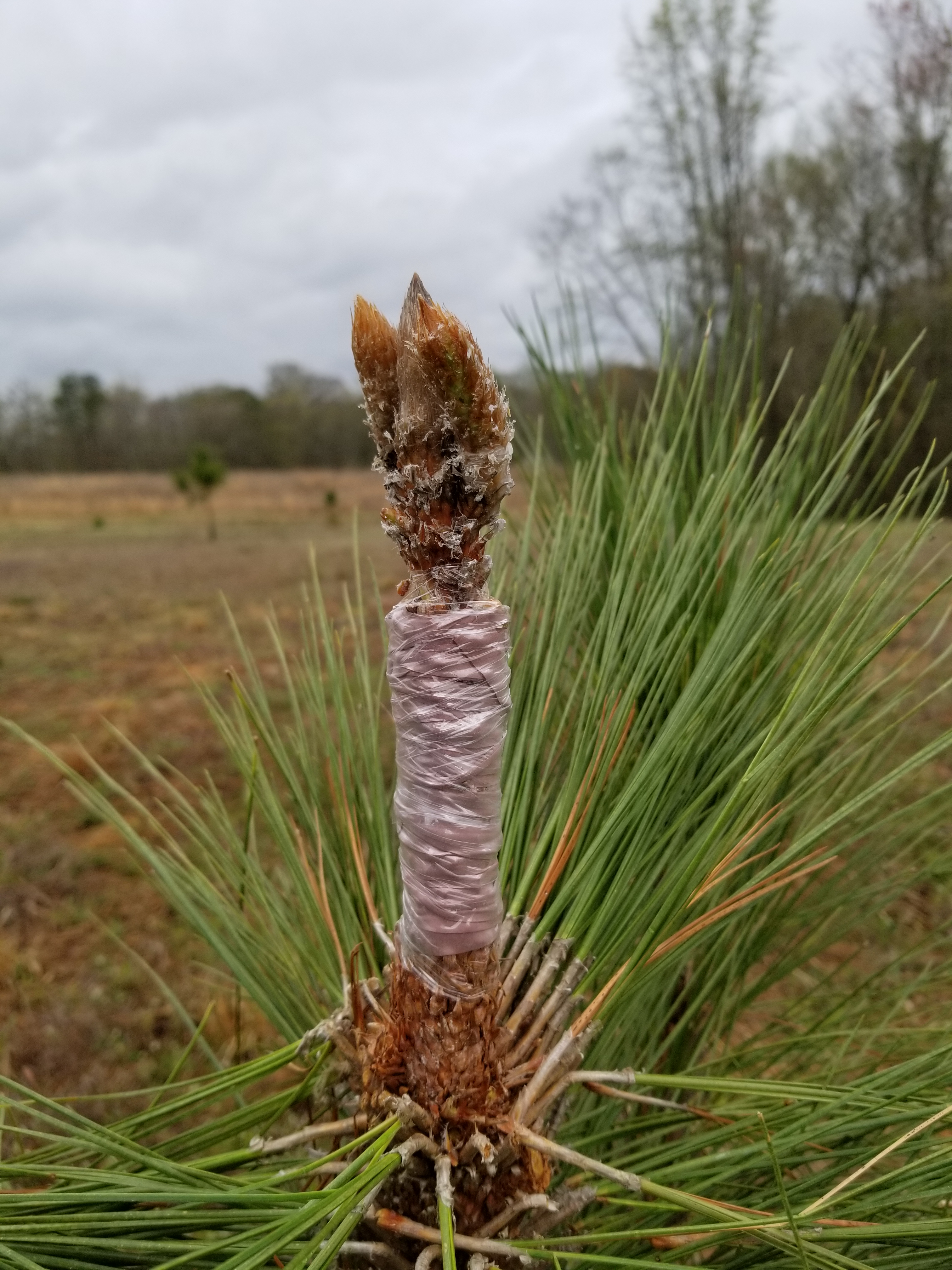 This photo shows a completed graft wrapped with the rubber bands and parafilm. 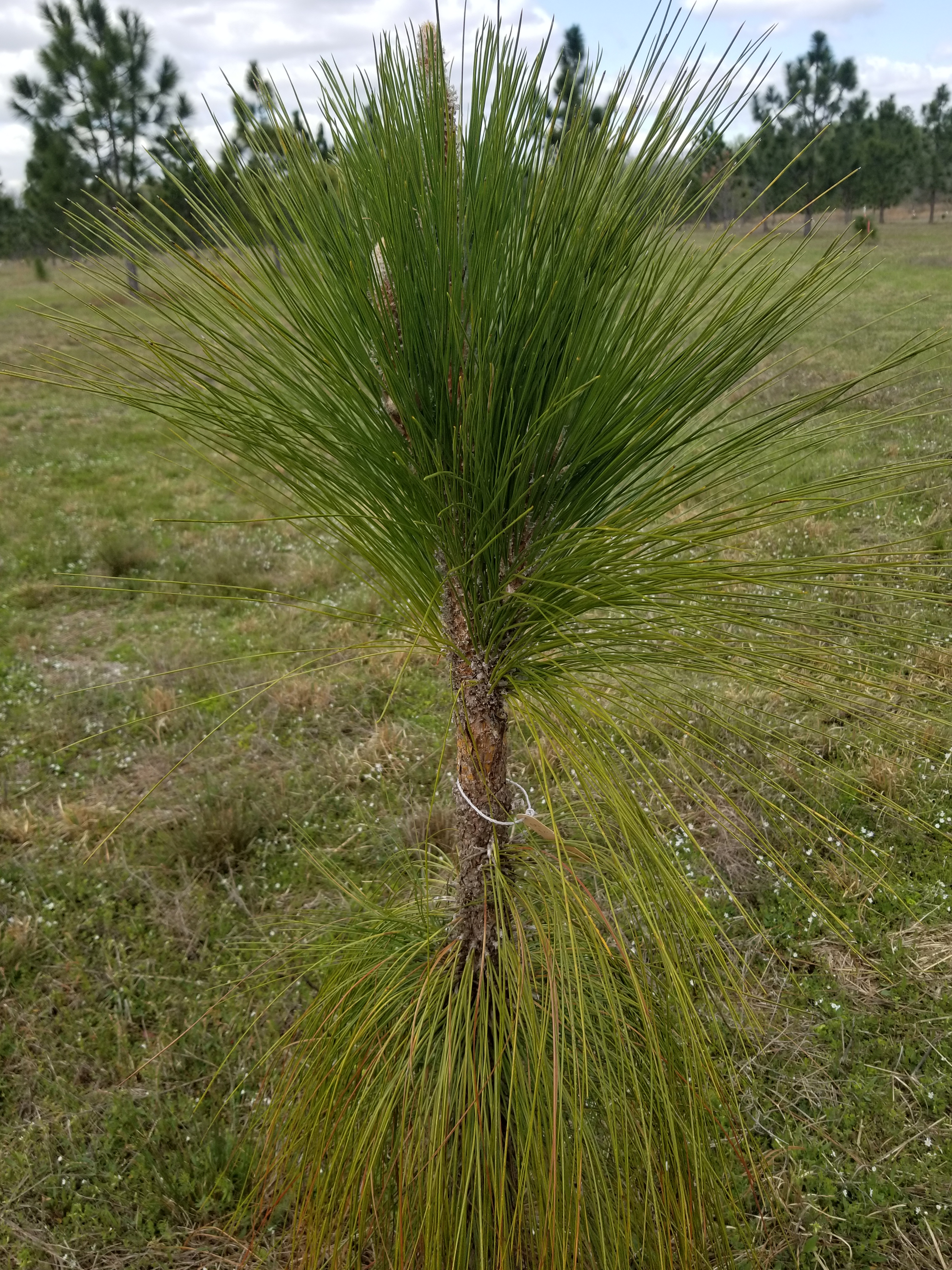 This photo shows one of VDOF’s successful grafts that was done in 2019.

Another Pine Project at NKFC

Grafting wasn’t the only work that took place at NKFC during this time.  During March, Jeff Stout (tree improvement technician) removed trees from the third cycle loblolly pine orchard that have been cut or “rogued” from the orchard.

As the orchard matures, trees that rank lowest in productivity scoring are removed, which in turn increases the overall productivity of the remaining families due to open pollination of all the trees throughout the orchard.

This orchard is not managed like a pine plantation because the desired outcomes are different.  We reduce the area between trees as they grow to reduce competition so the orchard trees will grow outward rather than upward (which would be preferable in a pine plantation.) The wider the trees are, the more limbs they have and thus more cone production. 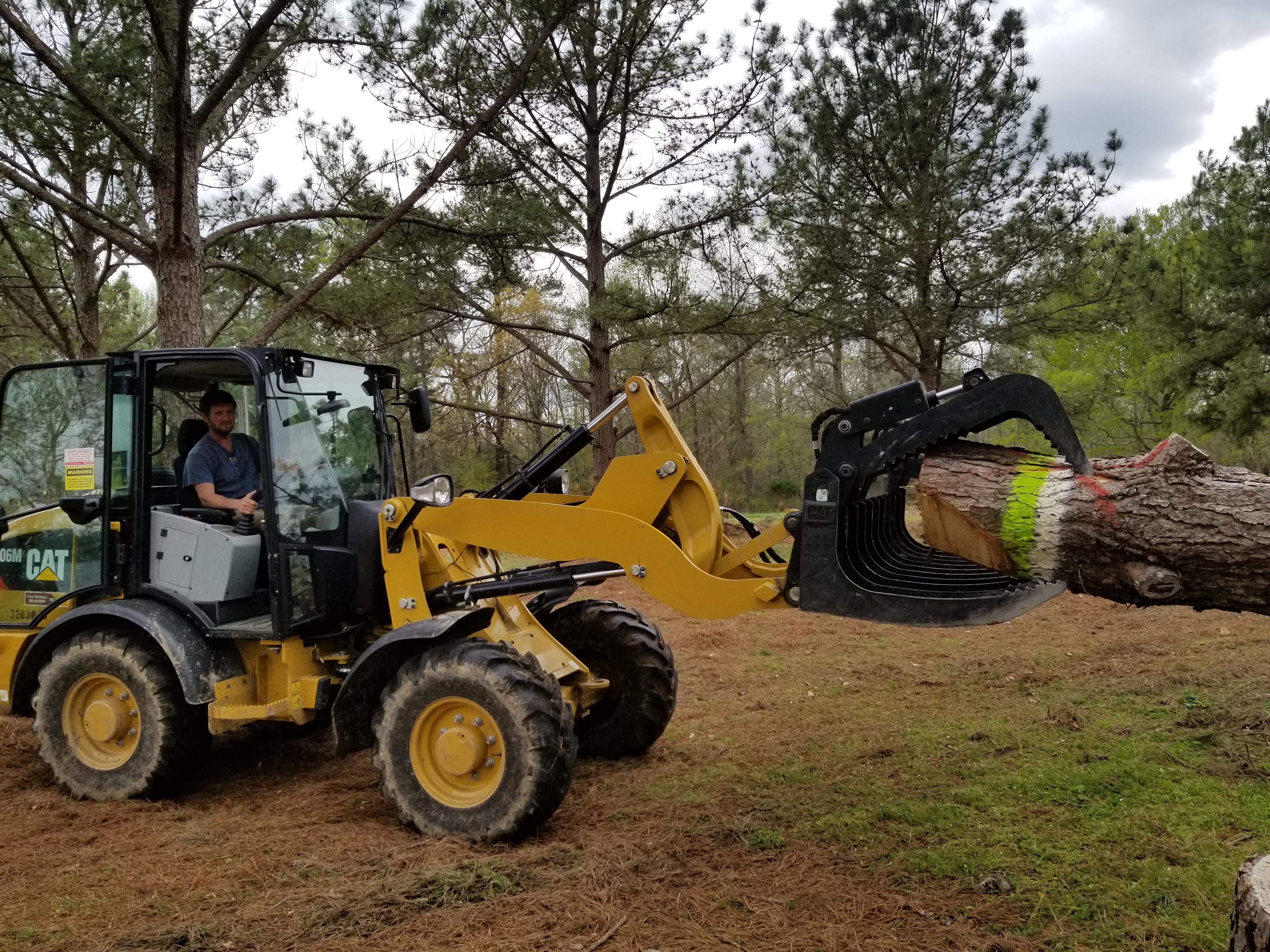 Jeff is removing one of the cut orchard trees using an articulated loader with clamp attachment.