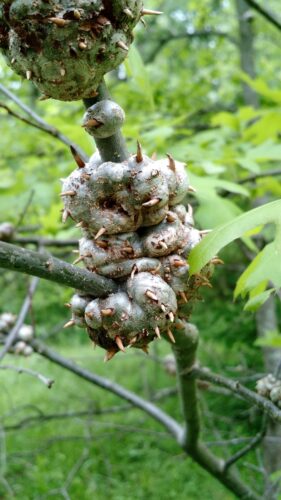 While leading a forest hike with a landowner and group of her friends, I was brought to a small group of pin oaks that had many of the growths pictured here. 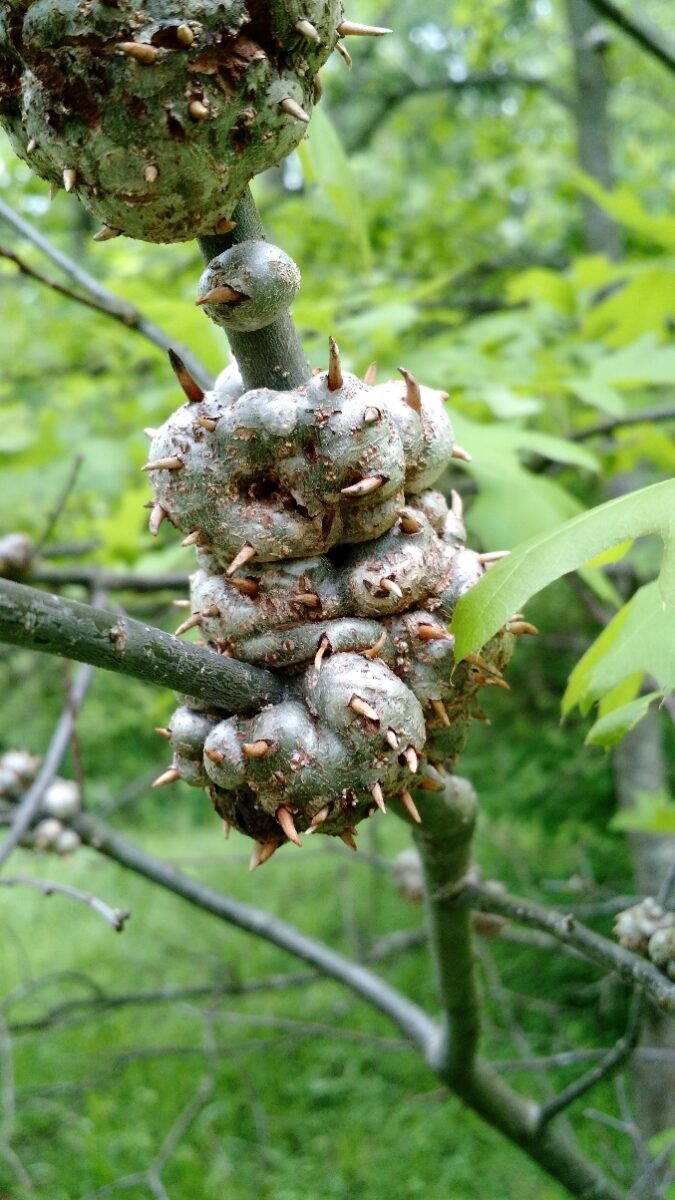 The landowner was concerned that it was a disease that would spread and kill all her trees.

This growth, and others like it, are called galls.  Galls form when an insect, usually a small wasp, lays its eggs in a twig.  When the eggs hatch, the larvae give off chemicals that cause the tree to produce these woody swellings to protect the growing larvae.  This particular one is called an oak horn gall.  As the larvae grow older the gall grows thinner-walled, hollow horns.  The adult wasps eventually leave the gall through these horns.

In addition to causing the tree to grow these woody lumps, the chemicals given off by the larvae cause the tree to make more defensive chemicals and store them in the galls.  In oaks, one of the primary defensive chemicals is called tannin, a compound that is very useful to people.  It is probably best known for its use in tanning leather.  But it also creates a rich dark pigment when combined with Iron sulfate.  When mixed with water, this pigment creates a highly prized ink called iron gall Ink.

Oak horn galls and other oak galls played an important role in the history of the United States.   In 1776, Thomas Jefferson and the other founding fathers knew this and used Iron gall ink when writing the Declaration of Independence, the U.S. Constitution and the Bill of Rights.

So, to answer to the landowner’s concerns, galls cause only minor damage to trees.  But, in 1776, oak galls did major damage to the British empire!