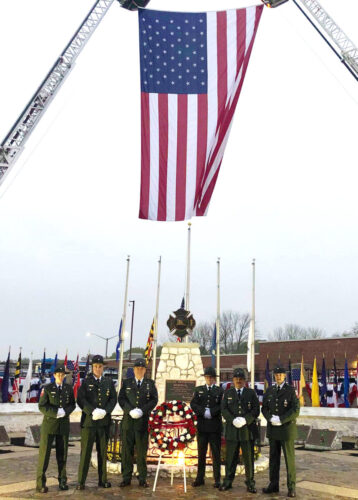 In addition to individual memorials, the Honor Guard has been particularly active in state, regional and national ceremonies to honor fallen firefighters, such as the Virginia Fallen Firefighters and EMS Memorial Service in Richmond, Virginia, and the National Fallen Firefighter Memorial in Emmitsburg, Maryland. The group is recognized by peers for its sharp, unique uniform. The dress uniform for VDOF’s Honor Guard is army green and includes a distinctive campaign hat and black boots with a hand-polished toe – both of which indicate that the members are part of the wildland firefighting community.