Establishing the Office of the State Forester 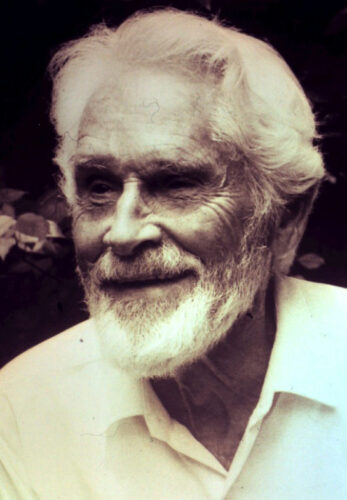 The organization originally known as the Virginia Forest Service was established in 1914 to prevent and suppress forest fires and reforest bare lands. There are only a handful of other Virginia state agencies that can claim the same longevity in service to our citizens.

The Virginia General Assembly created the Office of the State Forester, under the State Geological Commission, in 1914. The office was charged to:

“… ascertain the best methods of reforesting cut-over and denuded lands, foresting waste land, preventing the destruction of forests by fire, the administering of forests on forestry principles, the instruction and encouragement of private owners in preserving and growing timber for commercial and manufacturing purposes, and the general conservation of forest tracts around the headwaters on the watersheds of all water courses of the state.”

The enabling act required the State Forester to teach a course on forestry at the University of Virginia (UVA), and directed that UVA pay for the operations of the office. UVA allotted $5,000 for the first year.

Chapin Jones was appointed the first State Forester, taking office on March 1, 1915 – the one and only member of the Virginia Forest Service. 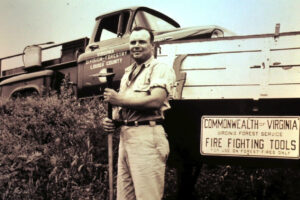 The early years of the agency focused almost exclusively on fulfilling the agency’s initial mission – to protect and restore Virginia’s forests. Beginning in the fall 1915, a cooperative agreement with the USDA Forest Service and two private companies allowed the Virginia Forest Service to bring on a crew of patrolmen to warn residents of Smyth, Grayson, and Washington Counties of fire danger and to fight all fires they found. The agency would later construct fire watchtowers in key locations across the Commonwealth.

In the decades to come, substantial landowner services, community outreach, and water quality protection would be added to the agency’s mission.

VDOF’s history is rooted in Charlottesville; the first office was on the University of Virginia campus and the land upon which today’s Charlottesville headquarters stands was originally a VDOF nursery. The site was cleared for construction in 1992, and a carefully-planned building was completed in the spring of 1994. The 32-acre campus also includes an educational nature trail and borders a section of the Rivanna Trail.

In 2018, VDOF dedicated and named its Charlottesville Headquarters office the James W. Garner Building. Jim Garner served VDOF for more than four decades. He was appointed State Forester of Virginia in 1984 and held that position for 21 years. Under Garner’s leadership, the forestry division grew to be a state agency.
The James W. Garner Building houses not only the VDOF Headquarters office, but also the agency’s Central Region offices, the Virginia Department of Mines, Minerals and Energy, and the Virginia State Police. A number of other non-profit organizations and federal and state agencies have offices in the building as well. 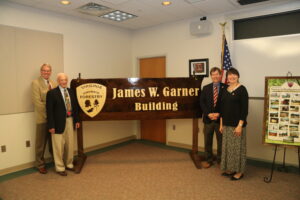 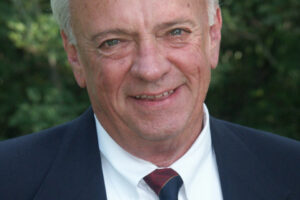 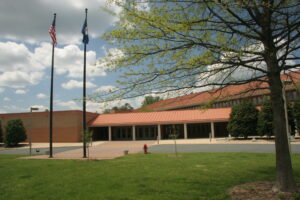