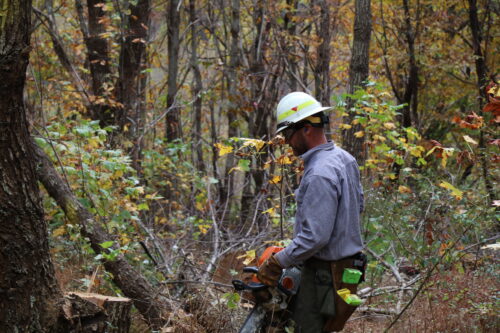 Chestnut trees have all but disappeared from the landscape; the Virginia Department of Forestry recently had a rare opportunity to harvest pure American chestnut wood.

The Virginia Department of Forestry (VDOF) maintains a chestnut research project at Lesesne State Forest in Nelson County, VA. American chestnut (Castanea dentata) was once a common deciduous tree in many eastern North American forests and was valued for its nuts, lumber products and firewood. However, the chestnut blight fungus (Endothia parasitica) introduced in the early 20th century spread throughout the natural range of chestnut, killing virtually all chestnut trees by mid-century.

Research conducted at sites like Lesesne State Forest contributes to the development of chestnut tree varieties that are genetically resistant to the blight; these resistant trees are developed through a complex backcrossing program in which American chestnut trees are crossed with Chinese chestnut (Castanea mollissima) which are resistant to the blight. Through backcrossing, research foresters are collectively developing chestnut trees that are 15/16th American in genetic makeup and also have high blight resistance. (Read more about American chestnut research from the American Chestnut Foundation.) Research shows promise, but success is still years away. 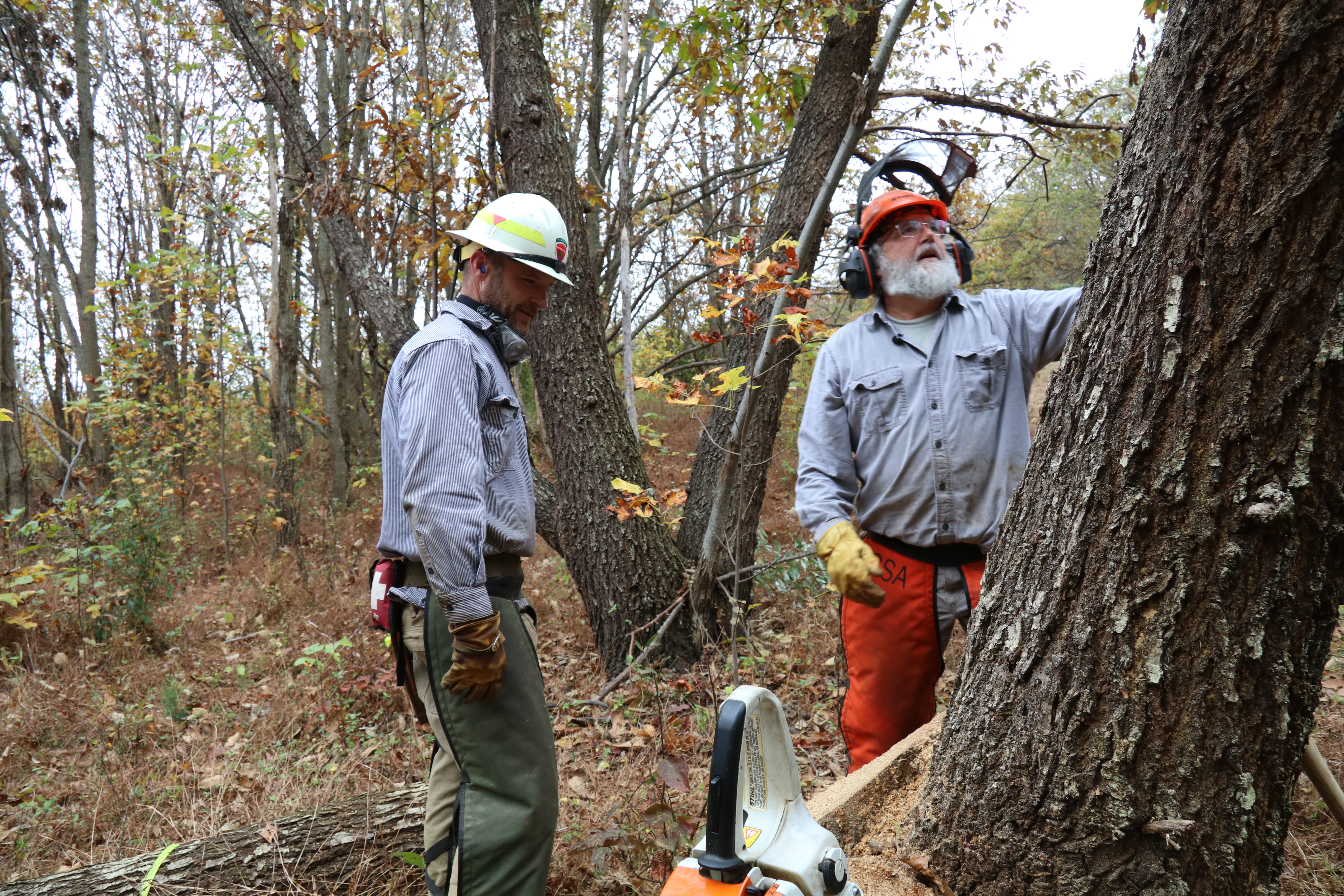 On a portion of the research plots in the state forest, several small stands of pure American chestnut (Castanea dentata) exist; because of the blight that has impacted chestnut trees in North America, it is incredibly rare to find specimens that are 100% American chestnut and not a hybrid with Chinese chestnut. Other plots within the forest contain hybrid varieties of chestnut trees. 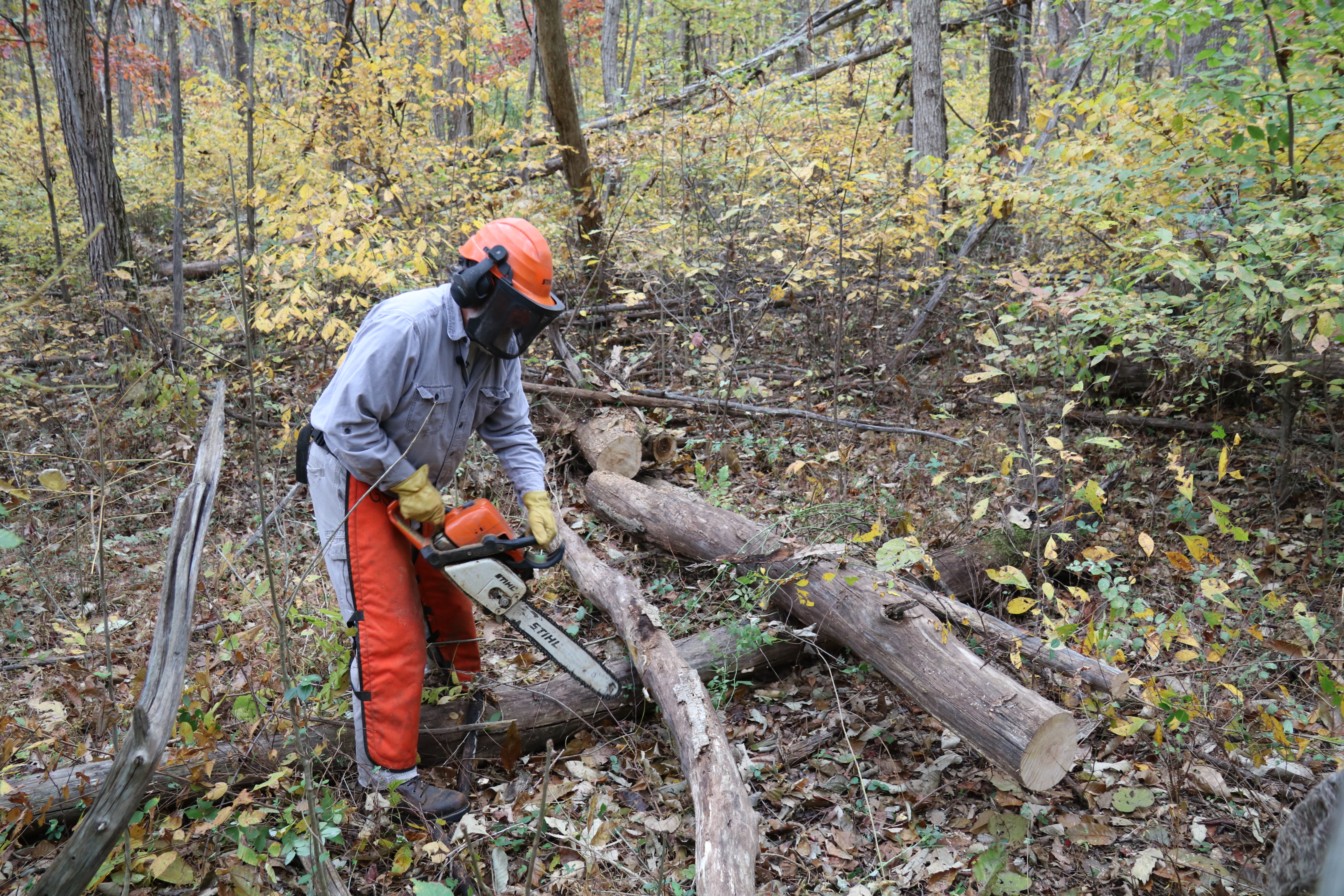 When several of the American chestnut trees started to die earlier this year, VDOF decided to harvest the lumber so as not to miss this rare opportunity to obtain pure chestnut wood. Charlie Becker (utilization & marketing manager) was motivated to ensure the trees will not go to waste. He said, “While some people may just see great firewood with these logs (which would be a fine use), we know there is a unique opportunity here for more research and special projects. You just don’t get the chance to harvest pure American chestnut now.” 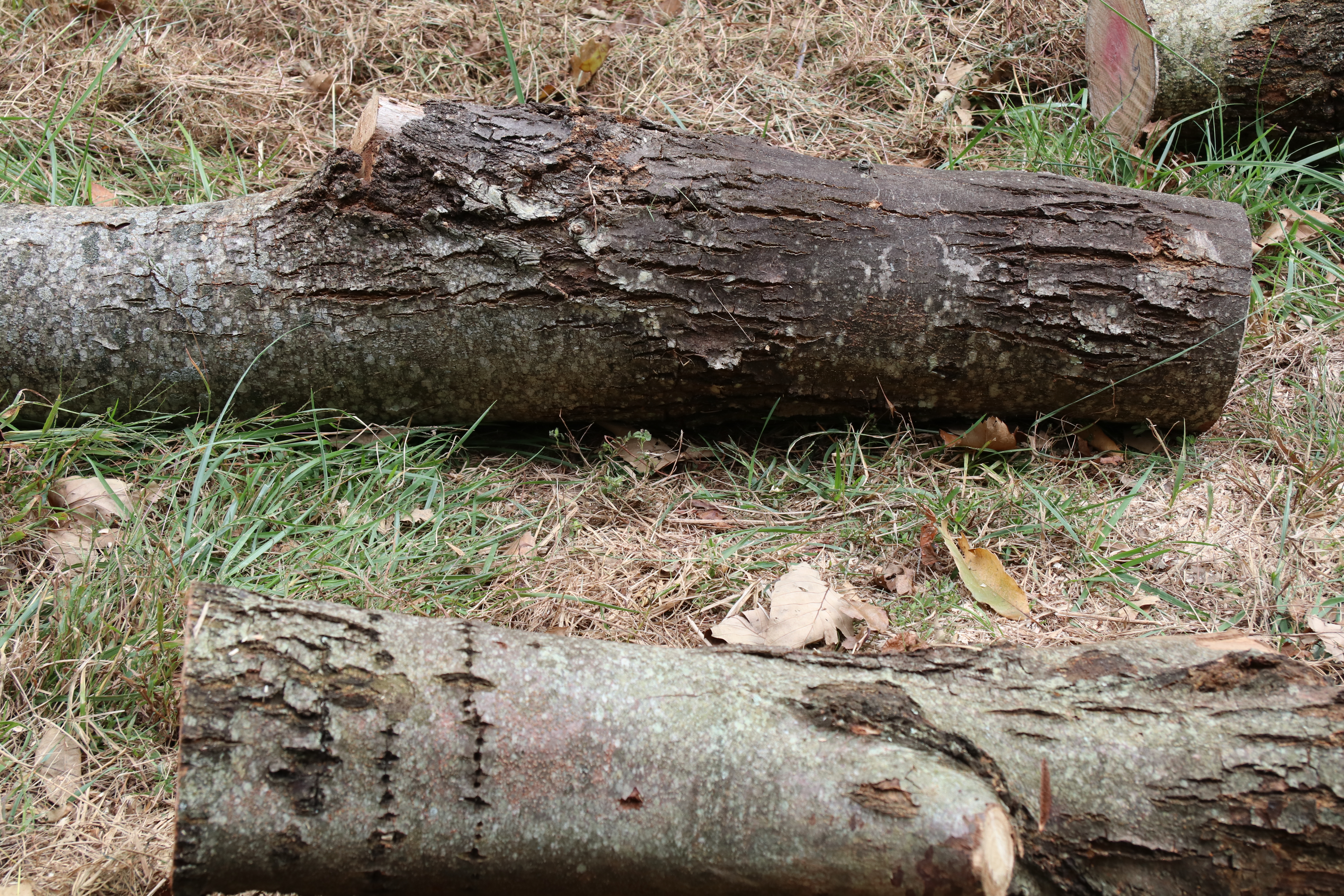 On October 29, a team of VDOF staff performed a harvest of three American chestnut trees and two different hybrid chestnut specimens and recovered several fallen logs of unknown hybridity. The harvest team consisted of Charlie Becker, Bill Perry (area forester) on the chainsaw and bulldozer, Joe Lehnen (utilization and marketing specialist) and Chris Cox (utilization project developer). Together, the team fell the trees, cut them into logs and labeled each specimen according to its plot of origin. 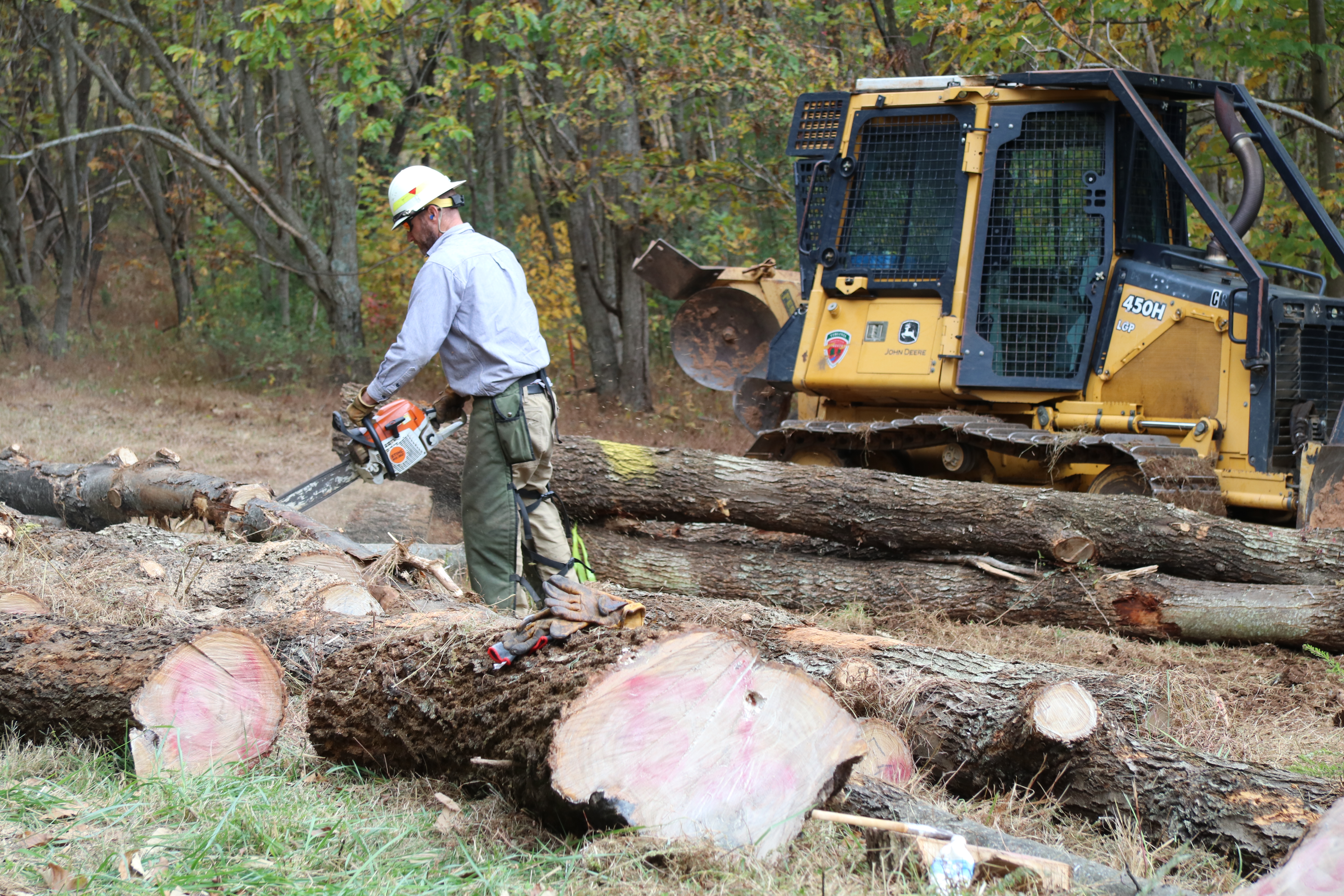 Bill Perry mused on the advancements in technology in the decades since American chestnuts had been regularly harvested. While the harvest crew this October relied on chainsaws and heavy equipment to harvest and sort the timber, harvest technology would likely have been more primitive the last time a substantial pure chestnut stand was harvested.

There are several chestnut restoration projects underway in Virginia; the October harvest contributes to research into viable markets for chestnut wood products, which may, in turn, support restoration efforts.

For one purpose, the harvest will contribute to ongoing, informal research about chestnut wood properties, durability and market viability; for example, it is useful to know if hybrid chestnut wood has similar decay resistance to pure American chestnut, such that it may be used for fence posts – a once important market for American chestnut wood product. The wood harvested may also be used in more formal research to identify and compare the structural and mechanical differences in the wood of pure versus hybrid chestnuts.

Additionally, the harvest provided a source of wood for an upcoming workshop about log grading, lumber and wood drying, hosted at VDOF James W. Garner building in Charlottesville on November 7. Pre-registered workshop attendees will have the unique opportunity to participate in the milling of pure chestnut wood. Once the wood is milled into usable planks, Charlie Becker and the marketing and utilization team will identify appropriate uses or projects for the wood (in addition to research initiatives). Such projects may include educational demonstrations, wood type displays at the VDOF Headquarters or possibly even furniture built by local artisans.