An Ode to Dead Trees 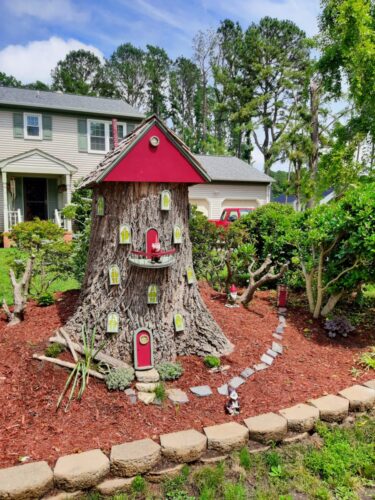 Recently, I’ve received photos from several VDOF staff, which I’d planned to use in a “What’s in the Woods Today?” post. This time, all the photos had something interesting in common: trees that were either going, or gone. Fortunately, a dead tree can be full of life, in more ways than one.

This sassafras in southwest Virginia was at one time among the largest in Virginia. VDOF Natural Resource Specialist Kenny Thomas reported that it now appears to be dying. 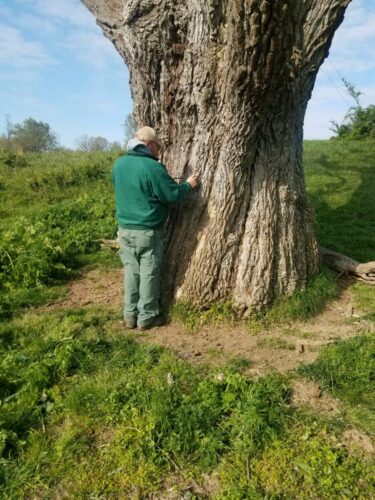 Large, old trees often hollow out before they die, creating habitat for bears to sleep away the winter, or for raccoons to raise their young. Barred owls like this one, spotted along a trail in Albemarle County, nest in natural tree cavities. So there’s a good chance that, in death, a large tree will give new life to wildlife. 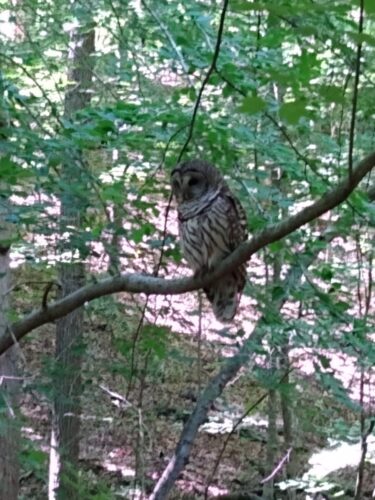 Case in point: While stripping bark to scout for southern pine and Ips beetles, Area Forester Lisa Deaton found this black rat snake cozied up inside a dead pine! 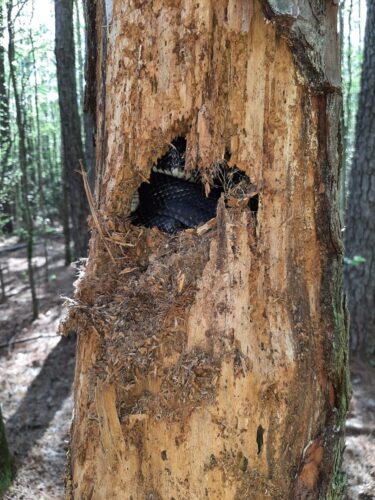 We know that trees give us lots of everyday products, from lumber to toilet paper. But occasionally they yield something one of a kind. Recently, a landowner brought part of a white pine trunk to VDOF’s Henry County office. He had cut down the dead pine in his yard and found it was hollow in the center, but some limbs that had formed when the tree was very young were still intact. The landowner is still deciding how best to use this oddity – perhaps as a glass-topped table and conversation piece. 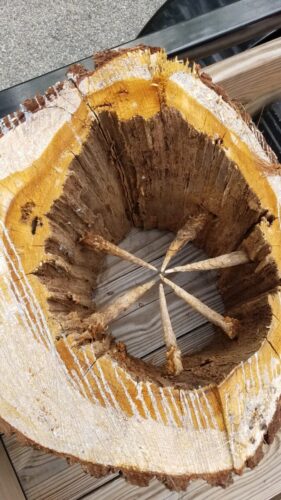 Removing a yard tree can be expensive, especially when stump grinding is included. Area Forester Lisa Deaton spotted these two examples of tree stump “adaptive reuse” while out and about in the Middle Peninsula. 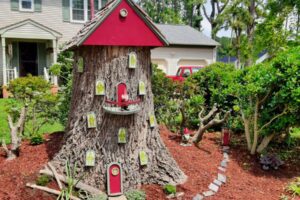 If a tornado takes out a tree, build a “tree house!” 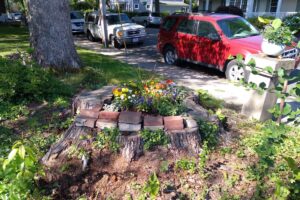 A stump is reborn as a planter.

Tags: What's in the Woods Today