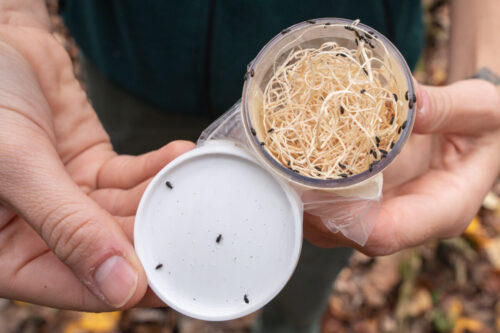 Eastern hemlock (Tsuga canadensis) is a coniferous tree that favors the cool and humid climate along the Appalachian Mountains. Hemlocks can grow more than 150 feet tall and live for more than 800 years. Their short, dense needles provide excellent habitat for many kinds of wildlife, from warblers to bobcats. Unfortunately, healthy hemlocks are becoming increasingly rare. 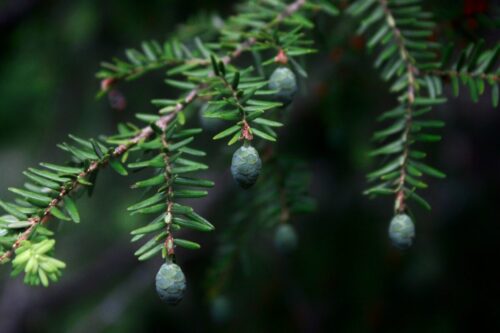 In the early 1950s, an invasive insect called hemlock woolly adelgid (HWA) was transplanted from Japan to Virginia. Since its introduction, HWA has spread across eastern North America, killing thousands of hemlock trees. These tiny sap-suckers feed on hemlocks by using needle-like mouthparts to feed on nutrients traveling through twigs. This disruption of nutrients first causes foliage dieback in the host tree and mortality in as little as four years. Individual adelgids are very small, less than 2 mm, but they create small white, woolly coverings around them which make them easier to spot. 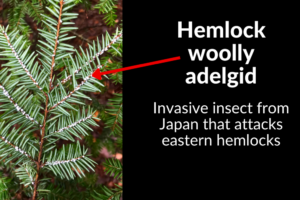 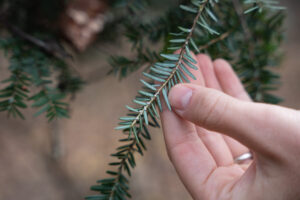 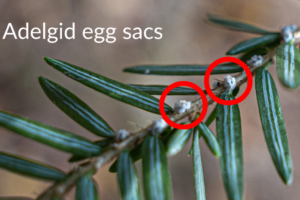 In an effort to preserve Virginia’s hemlock trees, VDOF’s forest health staff have been implementing a variety of control techniques to protect remaining hemlocks on state forests. Fortunately, several chemical solutions have been found to be effective. But VDOF has collaborated with Virginia Tech to find another way to combat HWA that may surprise you. Hint: it’s another bug!

As an invasive insect, HWA is not effectively controlled by native predators in the eastern U.S. To solve this, researchers brought one of HWA’s natural predators from Japan into the fight: the Laricobius osakensis beetle. Before they could be released in the wild, these beetles were studied in quarantine facilities by the U.S. Department of Agriculture for years to ensure they wouldn’t cause their own problems. 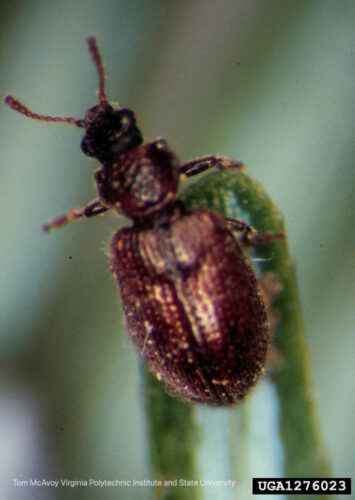 Introducing predatory insects to fight pest insect species is called “biological control.” Although these beetles are also quite small, they have a large appetite for HWA! Researchers are hopeful that releasing the beetles on hemlocks infested with HWA will be an effective method of controlling HWA in several states, including Virginia.

Last month, VDOF forest health staff released Laricobius beetles on several eastern hemlock trees at our Paul and First Mountain State Forests in Rockingham County. The beetles will feed on HWA adults and egg clusters, or ovisacs (the white blobs that help to identify the presence of HWA). The beetles also lay their eggs in the adelgid egg sacs. When the beetle larvae hatch, they continue the feeding frenzy by feeding on the ovisacs and eventually adult HWA. 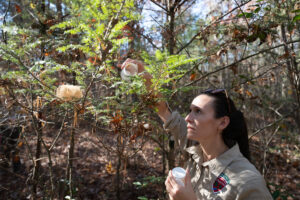 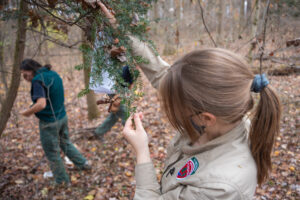 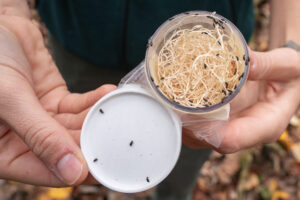 Have some hemlock trees you want to protect? Contact your local forester to learn what control methods are best for your trees.