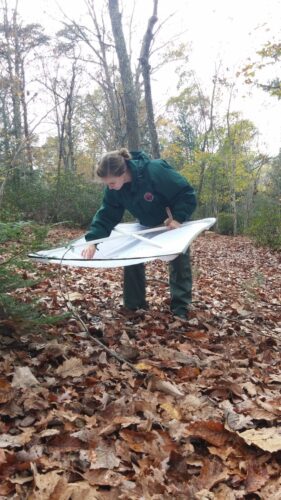 Each month, Field Notes will bring you news from our forest health team. We kick off 2019 with a focus on winter activities and the hemlock wooly adelgid.

What do forest entomologists do in the winter? We look for hemlock woolly adelgid! The Forest Health program staff at VDOF surveys for many forest pests throughout the year, but the hemlock woolly adelgid is unique in that it is most active and visible during late fall and winter months. This invasive insect has been killing hemlock trees in eastern North America since its introduction into the United States in the 1950s. The tiny adelgid insects crawl along hemlock branches in search of a suitable feeding site, and settle at the base of needles where they insert their piercing sucking mouthparts into the plant tissue. They feed on the tree’s nutrients and produce a white ovisac, or covering, around their body for protection. If you ever see small white “cotton balls” on your hemlock tree, you probably have hemlock woolly adelgid. 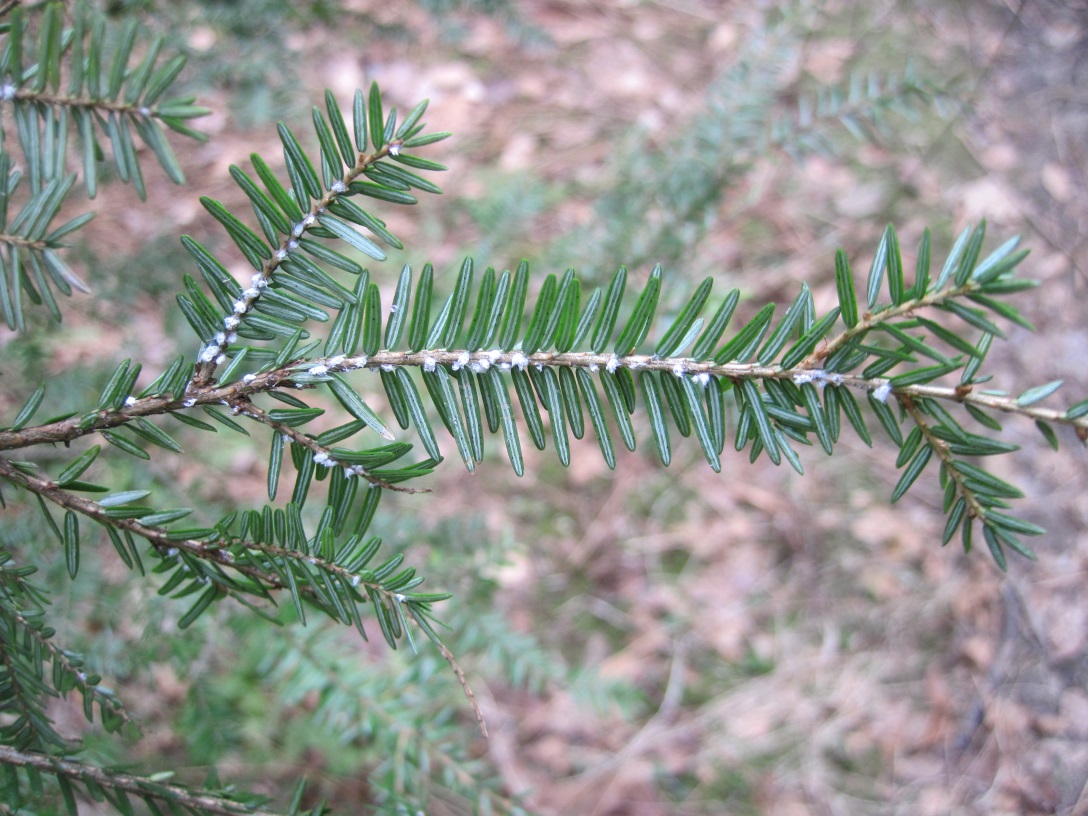 Most hemlock trees in Virginia are found in the western region, but there is an isolated population of hemlock situated east of the species’ major range at James River State Park in Buckingham County. In December 2018, VDOF visited this stand to assess the health of the hemlock trees and monitor the hemlock woolly adelgid population. While many hemlocks near the river still look healthy, there has been significant decline of hemlock trees further upland. Overall stand health was rated “fair” in comparison to the “good” rating just two years ago. Surprisingly, however, hemlock woolly adeglid populations appear quite low. The winter of 2017/2018 saw some extremely low temperatures which may have reduced adelgid populations. Bad news for adelgids, but good news for hemlocks. 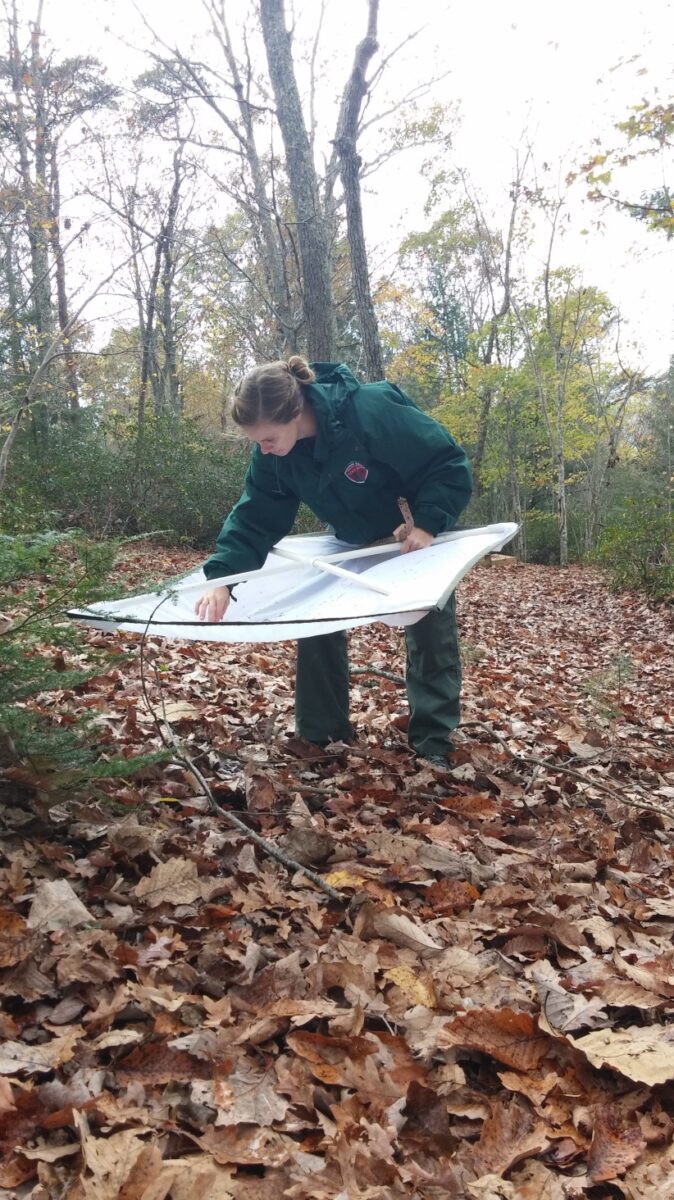 What kills adelgids beside cold weather? Beetles! Small predator beetles have been released as biological control of the hemlock woolly adelgid on federal and state lands throughout Virginia by various universities and federal agencies over the past decade. In 2005, Laricobius nigrinus beetles were released at James River State Park to control the hemlock woolly adelgid and hopefully preserve the population of hemlocks within the park. L. nigrinus is native to pacific northwestern North America and has been thoroughly screened and tested to ensure it is not a threat to non-target species. Since the release, the stand has been monitored to assess the population change of the beetles and the adelgid over time. The presence of L. nigrinus is determined by beat sheet sampling- a fun technique in which you shake a branch over a large white sheet attached to a cross frame and then identify all the beetles than fall from the branch onto the sheet. This sampling is done on dozens of hemlock trees and typically lasts about an hour. L. nigrinus beetles are very small and difficult to detect, but we found 6 adult beetles during our visit in December. These six beetles indicate the population of L. nigrinus is surviving and feeding on hemlock woolly adelgid which gives us a glimmer of hope for our hemlock trees.