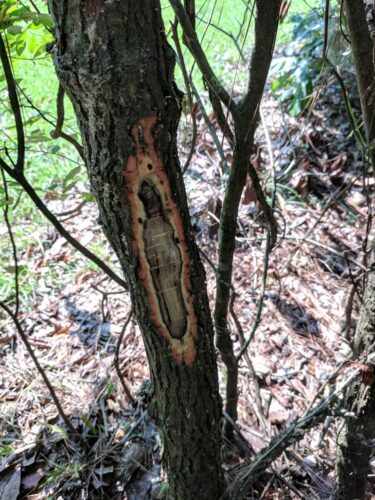 There is officially a new threat to Virginia’s forests. The USDA Diagnostic Lab confirmed laurel wilt disease (LWD) on September 9 from a sample collected on an impacted sassafras tree in Scott County. This was the first detection of this disease in Virginia, although it has been confirmed throughout much of the South and in our neighboring states of North Carolina, Tennessee, and Kentucky. 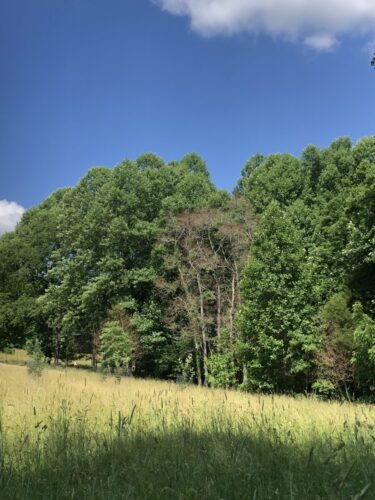 Laurel wilt disease involves both the redbay ambrosia beetle (Xyleborus glabratus) and the fungal pathogen Raffaelea lauricola. Both the beetle and disease are native to Asia. These beetles are small (about 2mm), and all life stages rely on the fungus as a food source. Female beetles will tunnel into healthy host trees carrying the fungus in specialized mouthparts, and fungal spores will germinate within the tunnels. The fungus also enters and clogs the water-conducting vessels within the plant, disrupting its ability to move water. As the beetles mature and leave the tree, they carry fungus with them to another healthy host, and the cycle continues.

This disease affects all members of the Lauraceae family. In Virginia, the hosts are redbay (a coastal species), sassafras, and spicebush. Outside of Virginia, other important members of this family include California laurel, pondspice (an endangered species), and avocado. (If you love guacamole, this is very concerning!) 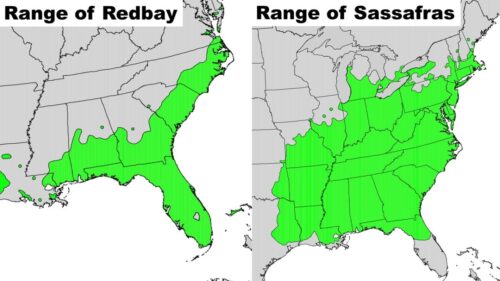 Since this disease impacts the movement of water within its host, symptoms include discoloration and wilting of foliage in deciduous hosts, and dead brown leaves hanging on evergreen hosts. Other symptoms include small “toothpicks” of sawdust pushed out of entrance holes on the trunk by the beetles, and brown streaking of the sapwood running in the direction of the grain. These streaks can be seen if the bark is peeled. 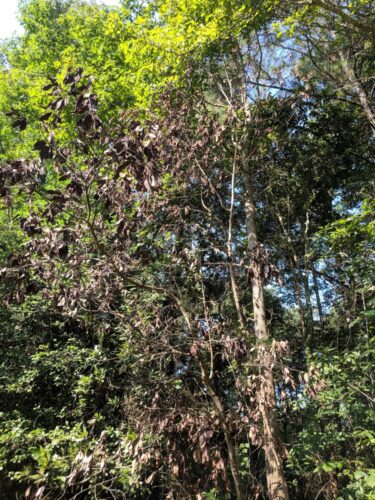 The redbay ambrosia beetle was first detected in the early 2000’s near the Port of Savannah, likely introduced from wood packaging materials. It is thought that its spread over the last twenty years resulted largely from the movement of wood materials like firewood, mulch and other products. There’s a lesson here: please don’t move firewood when going to enjoy the outdoors! Instead, buy or collect your firewood at the site where you’ll use it.

Currently, laurel wilt is confirmed in Scott County, but please be on the lookout for it around the state. If you suspect that you have found laurel wilt disease, please contact the VDOF forest health staff (foresthealth@dof.virginia.gov).