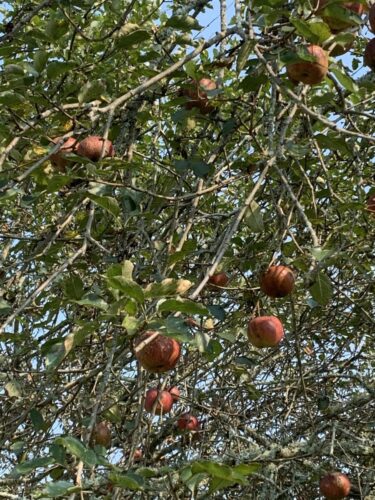 The property that is now the Matthews State Forest was donated to the Commonwealth by the late Judge Jack Matthews and his wife, Clare. Judge Matthews had varying interests that helped lead him to the decision to donate his land to the Department of Forestry. Among these were the American chestnut, all types of native wildlife, educating youngsters about conservation, and what he called “old-timey apples.” 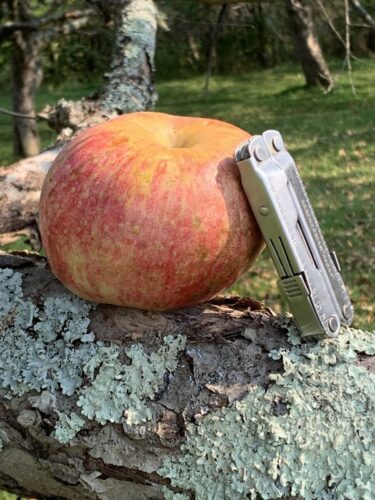 A large heirloom apple from the Matthews orchard

Over the years, Judge Matthews planted many fruit trees, mostly apples, on his property. While there are a few apple trees scattered around the property, most of them are in a couple of orchards around the judge’s former home. Matthews planted apple seedlings when available, but he was also an accomplished grafter of fruit trees, gathering scion wood from as many varieties as possible to add to his orchards. 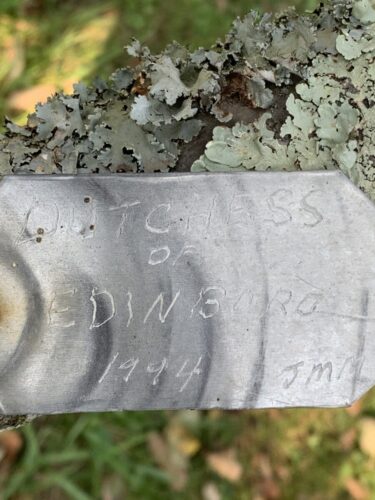 What the judge referred to as old-timey apples are sometimes called heirloom or heritage varieties. They include types you won’t see in the grocery store, such as Virginia Beauty, Crow Egg, Magna Bonum, and Fallawater. Around lower limbs of his trees, Judge Matthews put aluminum tags onto which he etched the names of the varieties. Sometime in the early 1990’s, he began adding the year the tree was planted along with his initials, JMM.

The Matthews Orchards currently contain over 100 apple trees, with around half of them tagged and identified. Of the trees that are identified, there are over 40 different varieties of apples. A few are common types that we all know, like Red and Golden Delicious. Many, however, are unusual varieties with names such as Dutchess of Edinboro, Sweetstone Rimson, Mutse Old Milles, or simply Mother. There are no records that show where the Judge managed to collect so many apple varieties, although it is known that at least one, the Bramley apple, came from England. 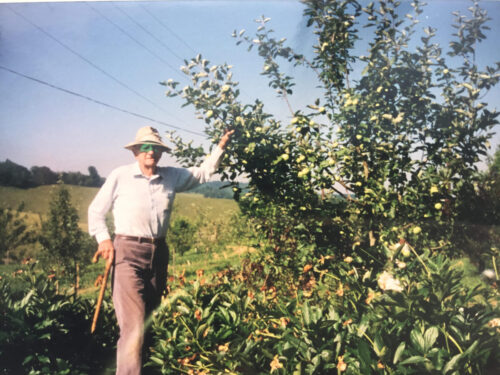 Most of the oldest trees in the orchard are “standards”, which refers to the size of the tree. Standard apple trees are full-sized trees reaching heights of 40 feet or more and having large, wide-spreading crowns. The judge planted many of these trees from the 1940’s through the 1970’s. Sometime around the 1980’s, most of the trees planted were semi-dwarf types. These are much smaller than standards, but still can produce a lot of fruit that is easier to harvest.

Over the last few years, many of the older trees have begun to decline, with quite a few being lost to windthrow or other natural causes. With the help of Virginia Cooperative Extension, State Forest staff have been in the process of grafting some of the older trees to replace them as needed. The orchard is also used for education, with annual programs on pruning and grafting being offered to the public.

The Matthews State Forest orchards are just one of many unique treasures that can be found on Virginia’s State Forests!