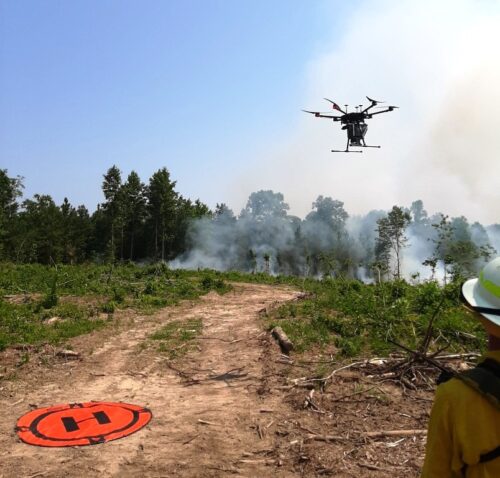 The Virginia Department of Forestry has many tools for prescribed burning, from bulldozers that pull fire plows, to UTVs with water tanks, to drip torches, fire rakes, shovels and more. The following two photos are from a dormant season burn of loblolly pine stands at Sandy Point State Forest, with a combined goal of wildlife habitat improvement and increasing pine yield. 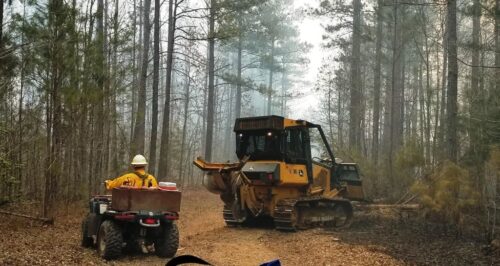 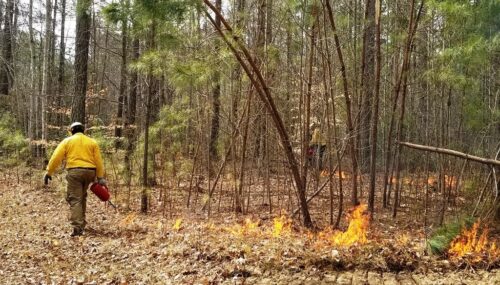 Our agency recently added a new tool: a Matrice 600 Pro drone equipped with the Drone Amplified IGNIS 2. The IGNIS 2 can drop “dragon eggs” or small white balls containing potassium permanganate that ignite after reaching the ground. The dragon eggs are injected with glycol, starting a chemical reaction that will generate flames in 20 to 40 seconds after being dropped.

A few weeks ago, three of VDOF’s drone pilots – Rodney Newlin, Jim Pugh, and Chad Stover – teamed up in Gloucester County to operate the IGNIS 2 for its first controlled burn. We had a fairly large crew on site to light off the fire lines, to patrol fire lines with the dozers and UTVs, and to learn how to conduct burns with a drone. 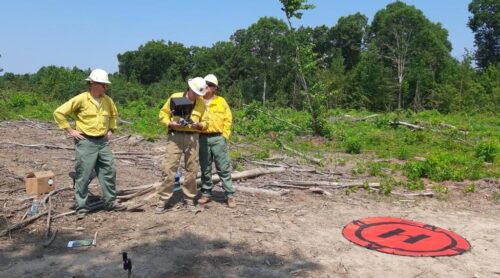 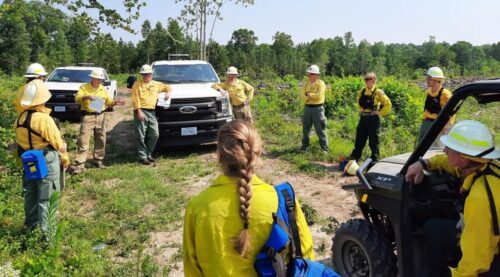 Briefing before the burn 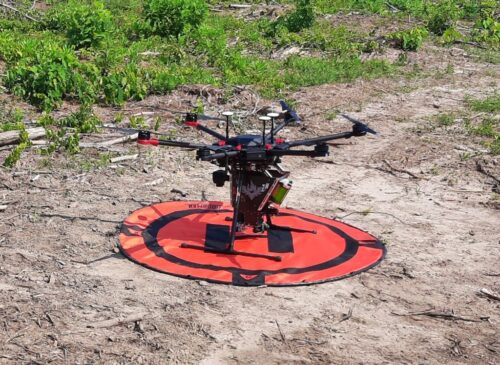 The drone batteries were challenged on this 90+ degree day, but the drone crew improvised to cool and recharge them while keeping the drone in the air.  The pilots used both a programmed flight plan and autopilot to adjust the burn plan and ignition rate based on changing conditions throughout the day. After the lighting operations were completed, the drone crew conducted one last thermal-imaging flight to ensure that no fires were burning outside of our fire lines. 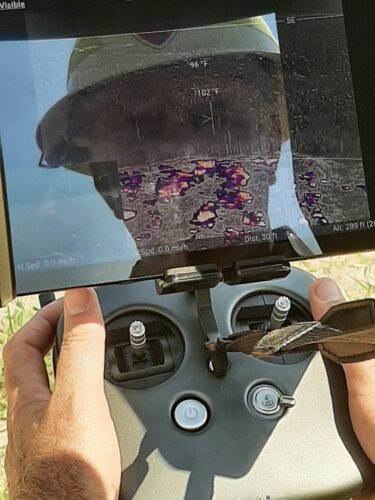 The goal of this prescribed burn was to prepare the site for planting loblolly pine seedlings by burning woody debris, stumps, stems, and seeds of potential hardwood competition.  The next two photos show the spot fires ignited by the drone and the resulting prepared planting area the following day. 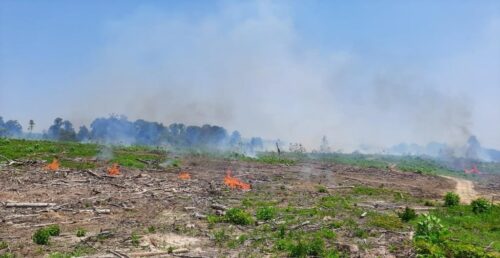 Everyone learned a lot from the drone-assisted burn.  Here’s the crew taking a well-deserved break from the July heat! 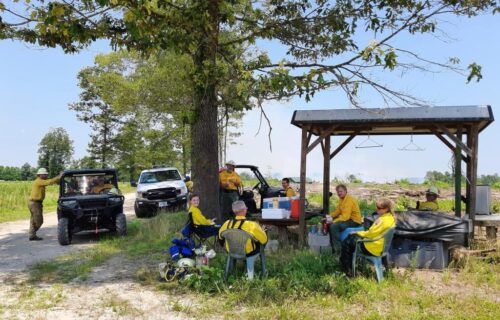