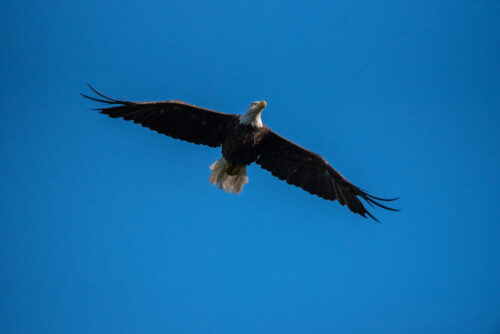 Nothing says springtime like birds carrying food to the young in their nests.

Most birds do wait until warmer months to begin raising young. One reason is better availability of high quality food for the nestlings. Almost all of our songbirds and gamebirds feed their young insects, a high protein food source that allows the young birds to develop quickly. But Virginia’s earliest-nesting species don’t rely on insects to feed their young, and their primary foods are available throughout the winter. As you might guess, these “early birds” are both raptors, or birds of prey.

The bald eagle nests as early as January in Virginia. An eagle’s nest is an enormous mass of sticks, often in a tall pine tree near water. Pairs will return to the same nest for many years. If the nest is in use, you’ll know it. Eagles in their familiar full adult plumage are hard to miss. 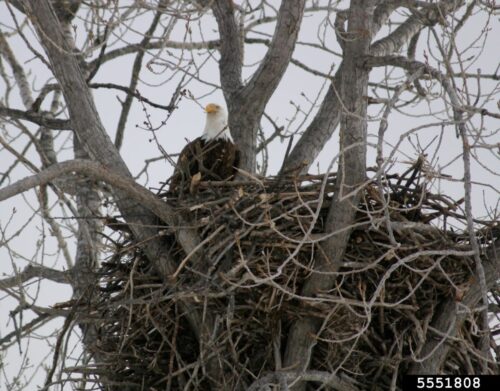 Eagle nests usually have eggs present in February to March, with hatching in March or April. The parents stay busy feeding the chicks for a couple of months. Opportunistic feeders like eagles have lots of choices in what they feed their young – fish, small mammals, waterfowl, and even carrion (dead animals). In rural areas near the Chesapeake Bay, it’s not uncommon to see an eagle eating roadkill!

The great horned owl also nests in January and February here in Virginia. These owls don’t build their own nests; instead, they take over old nests of birds like herons, ospreys, hawks, and crows. They do line the nest with fresh down feathers, which helps with incubation during the coldest months of the year. You can spy on a nesting great horned owl near Savannah, Georgia, via Cornell Lab’s live owl cam. 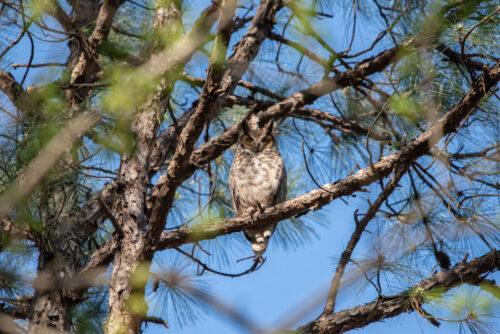 While they may not be nesting yet, many other birds begin mating rituals, singing, and nest site selection this month. For example, bluebirds and wood ducks begin seeking out nest cavities in February, so if you have nest boxes on your property, it’s time to clean them out. On a recent warm day at my house, cardinals, chickadees, Carolina wrens, and song sparrows were all singing at once. Mourning doves begin singing and courting this month as well. 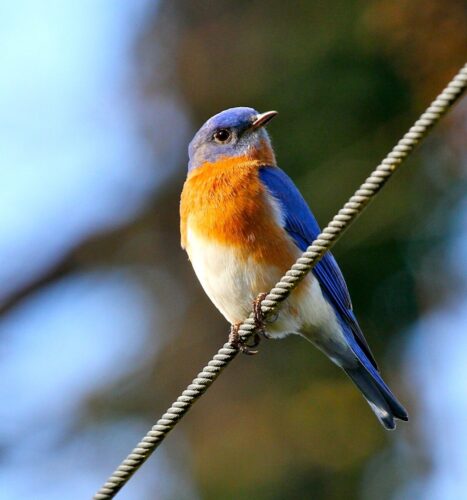 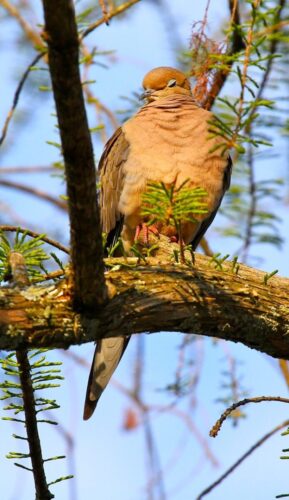 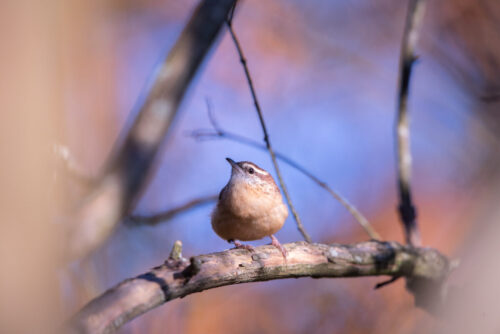 The American woodcock has a unique courting ritual that begins later this month. Conservationist Aldo Leopold eloquently described it as the “sky dance” in A Sand County Almanac. (If you haven’t read this nature classic, by all means go get or download a copy right now!) The male woodcock’s routine consists of strutting, flying upward in a long spiral, and tumbling toward the earth, with each step accompanied by vocalizations or wing whistling. I was fortunate enough to experience this ritual along the edge of a bottomland field many years ago, although in the pre-dawn light, I could only hear and not see it.

When I lived in eastern Virginia, I measured the arrival of spring not by the calendar, the temperature, or the daffodils, but by the homecoming of the ospreys. My favorite birds usually return from their Caribbean winter vacations and begin courting in late February. It’s truly a joy to see these beautiful birds gliding over a tidal creek, carrying sticks to the platforms where they nest each year. 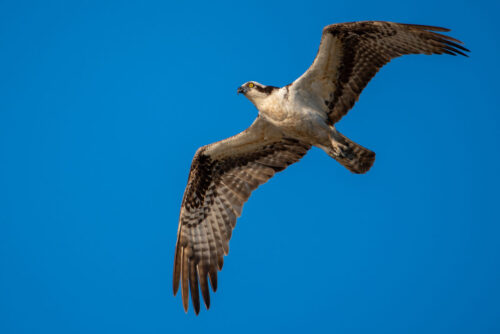 Right now, in the bare trees across the street from my house, a pair of red-tailed hawks have staked out the roadside common area. One of them periodically visits last year’s nest in a large pine and appears to be rearranging a few sticks. So, no matter what that official Pennsylvania groundhog said, spring really is in the air – and it comes on feathered wings.