Tales from the Fireline 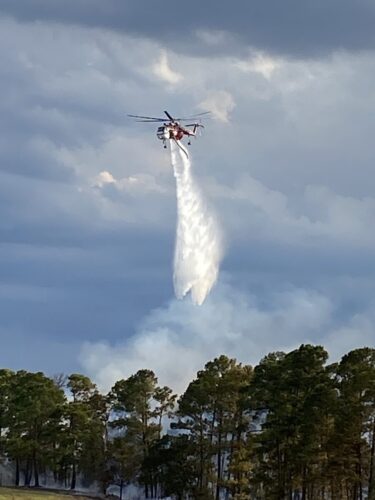 While Virginians enjoyed a fairly normal summer, the national news told of wildfires raging in other parts of the country. Virginia Department of Forestry personnel often provide fire suppression assistance to other states, and this year’s main recipient was Texas. In a series of four deployments over a two-month period, VDOF sent 64 full- and part-time firefighters to help Texas battle its drought-fueled wildfires.

The Virginia crews were based out of Fredericksburg, Texas, but they worked on fires all over the southern part of the state. The diversity of landscape and fuels meant the firefighters had to be alert for different fire behaviors than they see here in Virginia. Fuel types varied from loblolly pine forests that felt like home to juniper-dominated areas that looked more like southern California. 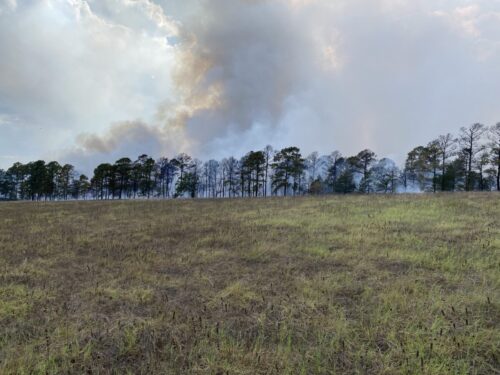 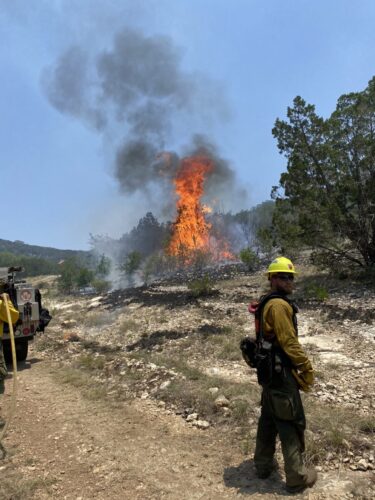 On one of his two Texas details this summer, Chad Briggs worked on fires east of Austin. There, the crews could still see evidence of the infamous Bastrop fire complex of 2011, when 32,000 acres went up in smoke. Chad was surprised at how readily the fires burned despite the high humidity. He said that past fires have made the local residents wary of what summer can bring. Storms bring little rain but plenty of lightning, which can start fires that will often flare up after smoldering for a few days. 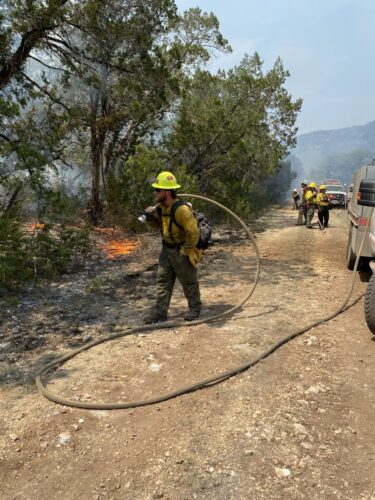 Firefighters work during the day… 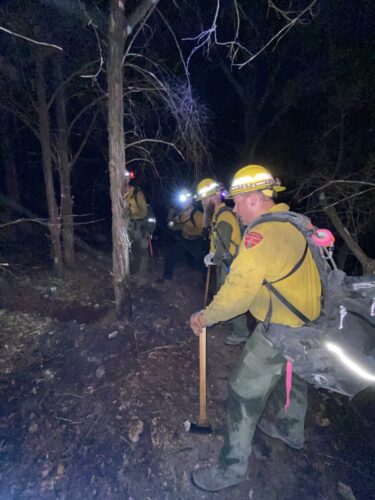 …and sometimes at night.

Jack Colyer shared his perspective on the summer’s fire deployment and included a video clip of a plane dropping fire retardant:

In my experience, a Texas fire assignment is like no other – it is an absolutely massive state and you learn that rather quickly. The required initial briefing from the Texas Forest Service was unique in and of itself, since they operate completely different than any other state. They go over all of the different hazards: from arsenic coyote traps, to deadly gas pipelines, and high fences on ranches indicating exotic wildlife like rhinos and zebras. Our crew actually got to respond to a night fire on a zebra and camel wildlife refuge, aptly named “The Zebra Fire.” I would say the heat was the most hazardous obstacle we faced in Texas, with most days being at least 115 degrees by 13:00. Another great learning experience was getting to work with aircraft, having helicopter bucket drops and large planes dropping retardant overhead. Overall, it was a fantastic learning experience working with federal and state agencies, while also getting to know your fellow VDOF employees and part-timers in a setting completely different than back home. Helping out another state in need and learning a wealth of knowledge from the firefighters who live there is something I would recommend to any VDOF employees who are interested in wildland fire.

I had the pleasure of going on two of the VDOF crews to Texas this summer: the first and the last. This was my first time going on an assignment, and I easily consider the two trips some of the best experiences I’ve ever had. My level of experience was very minimal compared to my crew members; however, the VDOF folks were ready and willing to share new knowledge, skills, and training any chance they got. The amount of fire response certainly ebbed and flowed between the trips, but I did notice one important similarity on both trips. The crews were made up of an assortment of VDOF employees from all over Virginia, and many of us did not know each other before hitting the road to Texas for 20 days. We slowly started to get to know one another on the drive down, during the staging process, filling up coolers every day, etc… But once we received the first call to respond to a fire, we were forced to work together as a team. On both trips, I noticed that after everyone had the opportunity to fight fire as a team, the sense of community and camaraderie was greatly accelerated. We became more cohesive, strong, and able to serve. I am proud to have been a part of the Virginia Strike Team and work alongside VDOF’s awesome men and women. Firefighters at work on the ground… …get help from a helicopter water drop.

Bill Perry is a veteran of quite a few out-of-state deployments over his 18 years with VDOF. The part he likes best is watching newer staff gain experience and leadership skills in a short, but intense period. Bill emphasized the unsung, yet crucial, role of the VDOF Resource Protection Division staff back home. “John Miller and Dave Houttekier spent a lot of time lining up crews, finding hotels for all the different locations we stayed, and generally making sure we had everything we needed, so we could concentrate on our orders,” said Bill. 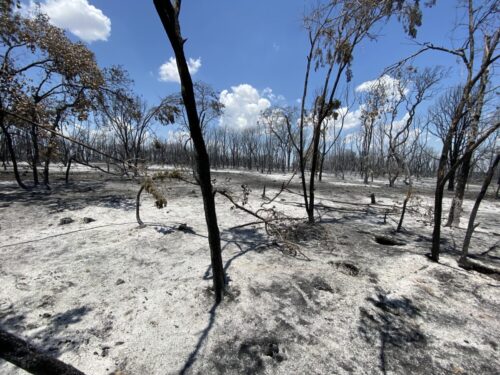 Aftermath of a fire

Altogether, VDOF personnel spent more than 18,000 hours assisting the Texas A and M Forest Service with wildfire suppression. It may be comforting to know that, whether Virginia needs help fighting wildfires or cleaning up after a hurricane, other states’ forestry personnel are often here to help us too. So if you see another state’s forestry vehicle out on the road, give them a wave of thanks for a job well done. 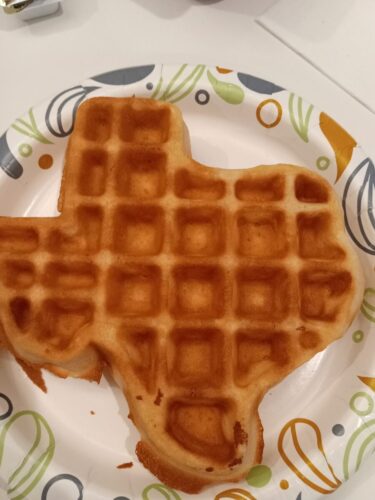