Can Trees Save a Sinking Island? 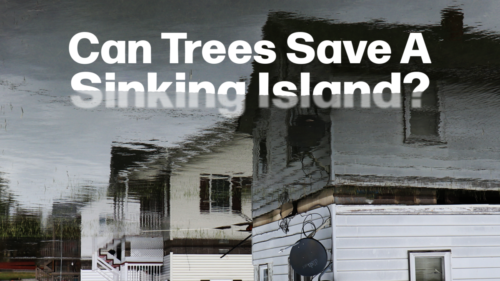 Tangier Island is known for its soft-shell crabs and the unique lifestyle of its residents. But the very body of water that sustains the community is also threatening to swallow it. 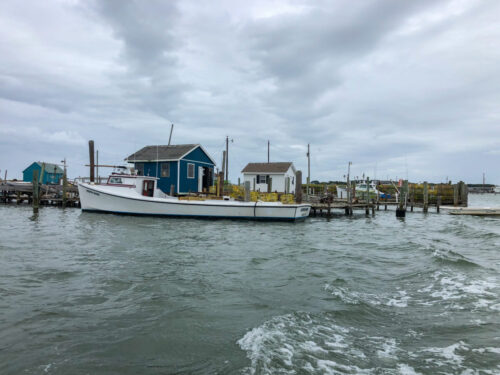 Tangier’s community is sustained by its fishing industry, namely its soft-shell crabs and oysters.

As ocean levels rise, coastal communities across Virginia are facing new challenges from storm-driven erosion, nuisance flooding, and tides that creep in further each year.
Island communities such as Tangier, located 12 miles off Virginia’s Eastern Shore in the Chesapeake Bay, are especially threatened, with the water coming from every direction.

The 1.2-square-mile island has a population of about 400 and an average elevation of just 3 feet above sea level. The island is slowly being inundated by the Bay, at a rate of 8 acres per year. Approximately two thirds of the island has been lost to the Bay since 1850.

With such a low elevation, the arrival of high tide at Tangier Island brings noticeable changes in water levels. A significant difference can be seen not just in the network of channels that interweave between the island’s neighborhoods, but in the neighborhoods themselves. 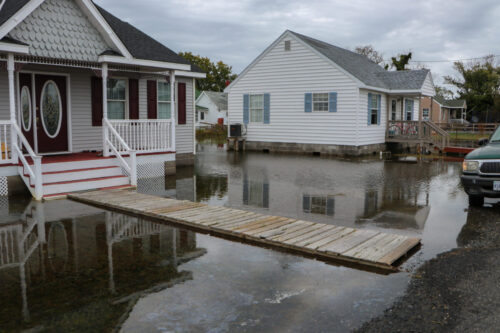 The arrival of high tide also means the temporary submergence of this home’s front yard.

Long-term solutions to the rising waters are yet to be devised. For now, the town has employed stop-gap measures, such as constructing a sea wall on its west coast and elevating homes.

The Virginia Department of Forestry (VDOF) believes trees can also help. Last month, VDOF worked with the town of Tangier, Scout Troop 314, and Sea Scout Ship 5122 to plant dozens of eastern redcedar, southern bayberry, and live oak trees along the island’s eastern shore. These species, chosen because of their durability in the windy and salty coastal climate, will provide several benefits to the island. 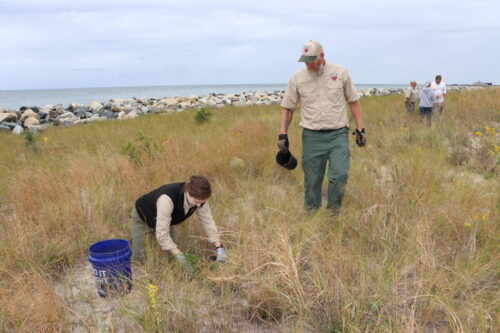 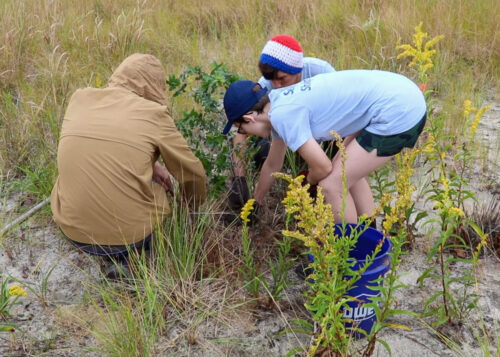 Trees can mitigate flooding in several ways. Their leaves reduce the amount of rainfall that reaches the ground, and their roots absorb groundwater to fuel their growth and anchor the surrounding soil, reducing erosion. When they grow larger, trees can also act as a natural windbreak.

Also participating in the tree planting project was retired Navy Rear Admiral and Special Assistant to the Governor for Coastal Adaptation and Protection, Ann Phillips. Phillips, who has extensive experience in coastal resilience projects, said, “Planting trees on Tangier Island will help make this part of the island more resilient to the ongoing impacts of climate change, most specifically as manifested here by nuisance flooding, rising tides and increasing rainfall intensity, duration and frequency.” 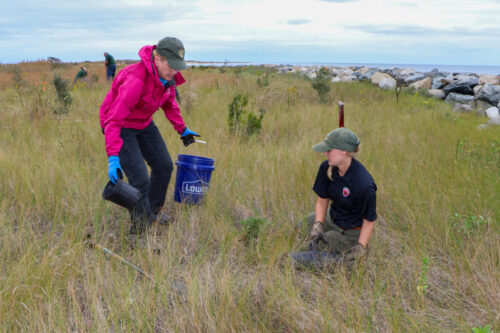 By the end of the project, the combined team of Tangier locals, VDOF employees, and scouts had planted 150 trees. The planting project will help Tangier hold its ground (literally) in the battle against a rising Bay. 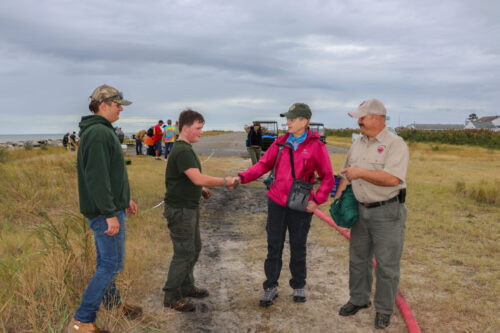 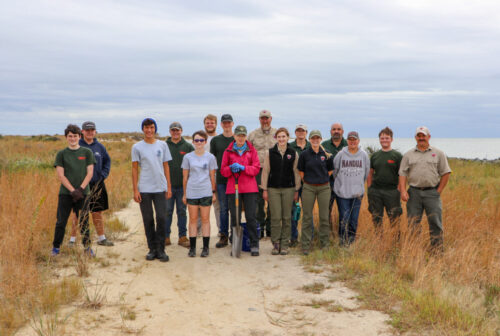 After planting 150 trees, the group poses together.

See our video of the project!