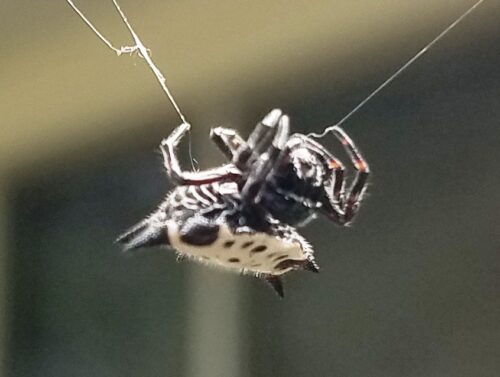 August is spider month. If you have ever been the first person in line on a hiking trail, you have probably experienced the feeling of a spider web wrapping around your face. Just about the time you remove that web, another one lands in its place. 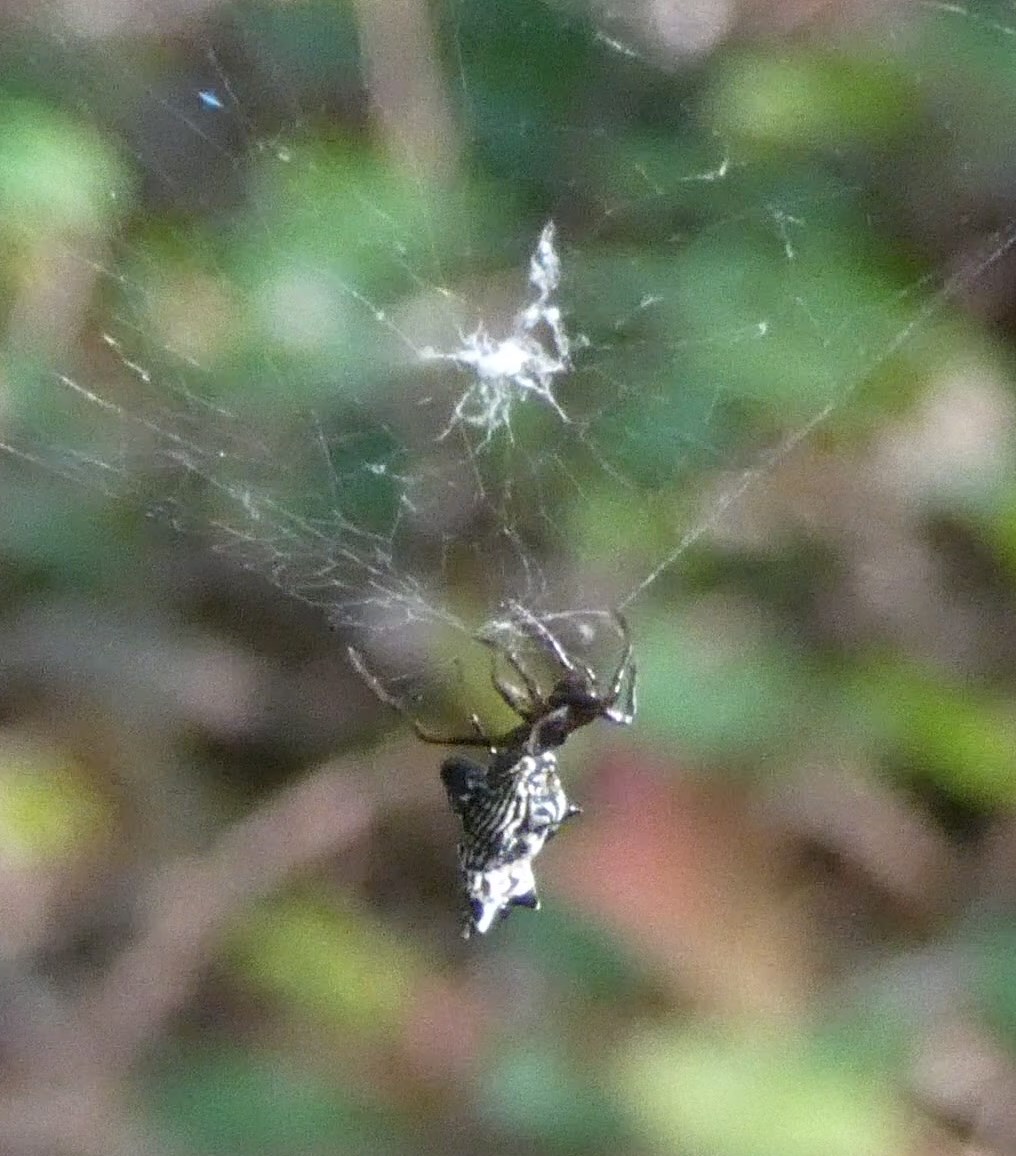 By late summer, these “shell-backed” spiders (above), Micrathena gracilis, seem to have taken over the forest and cobwebs are everywhere (below). 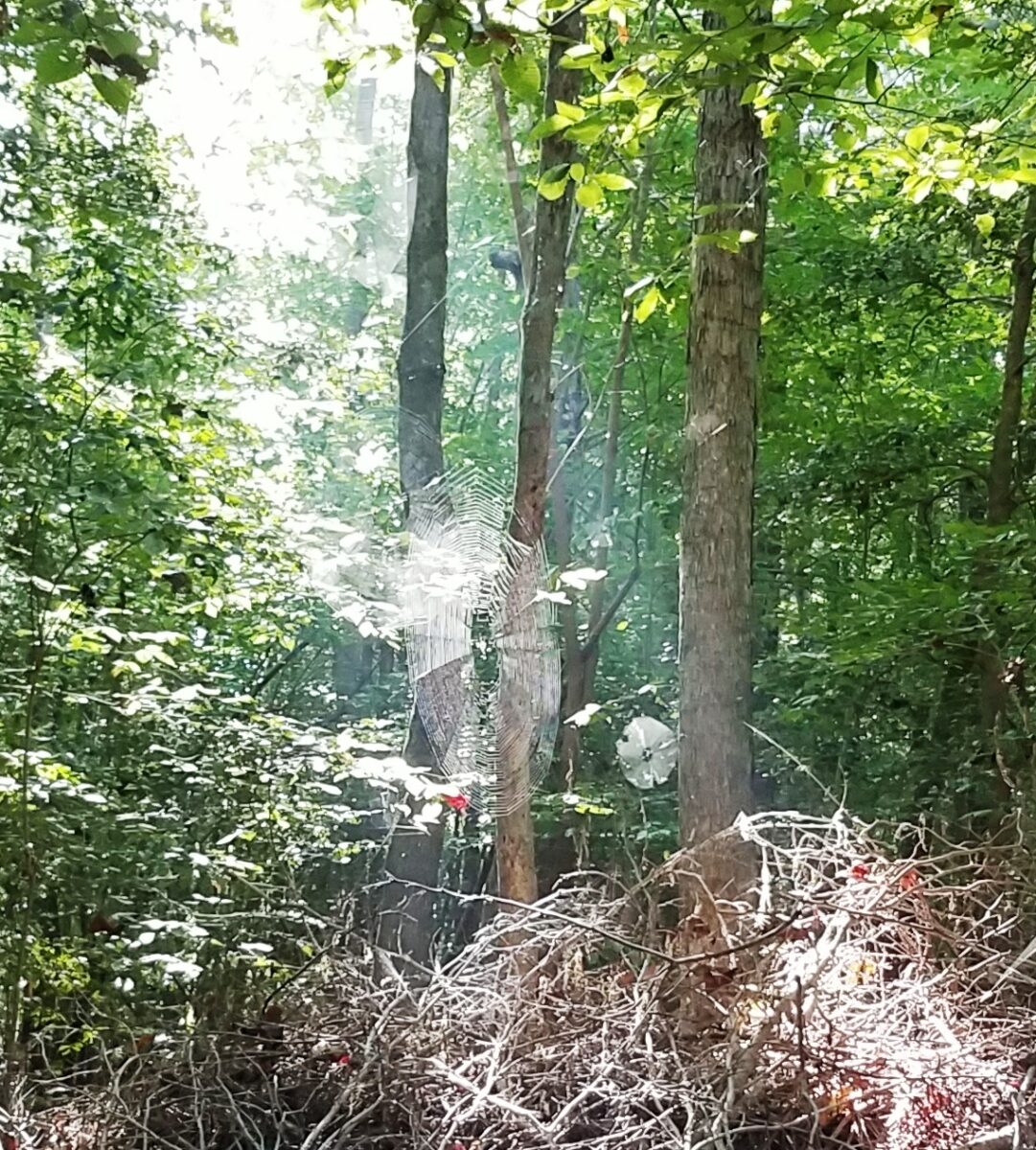 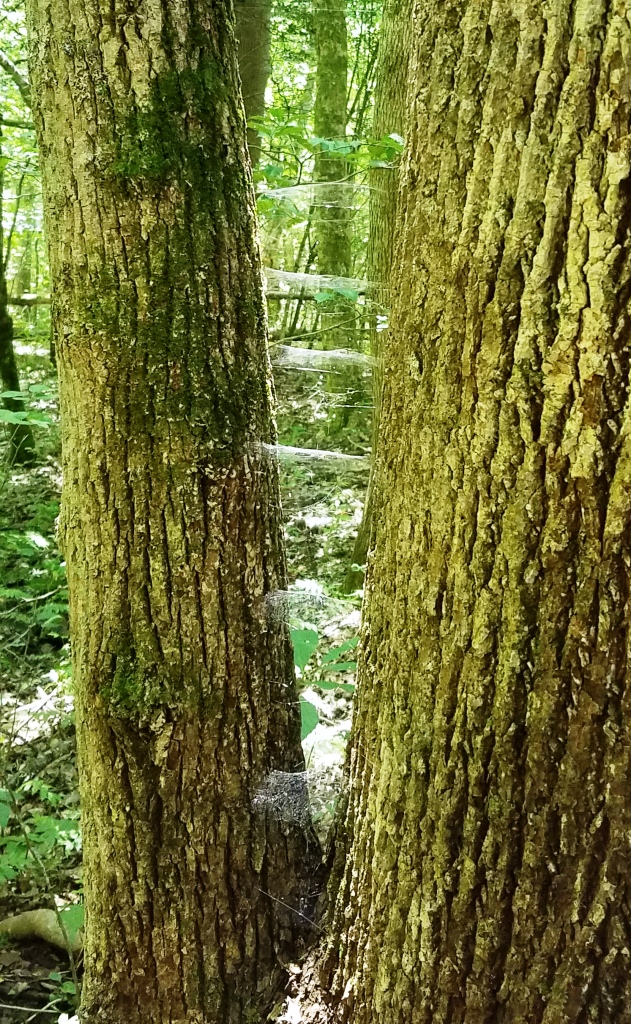 When morning dew falls, spider webs can be more visible (below). 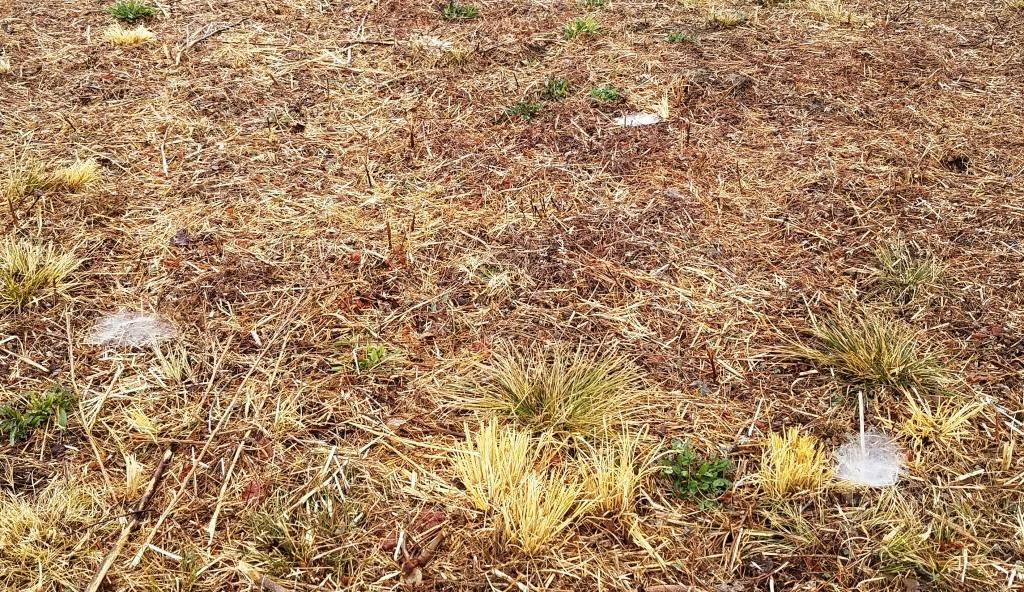 I once heard this described as “the spiders are hanging out their blankets to dry.”

On the eastern side of Virginia, some of those eye-level webs are made by spiders that resemble crabs, called spiny orb weavers, Gasteracantha cancriformis (below). 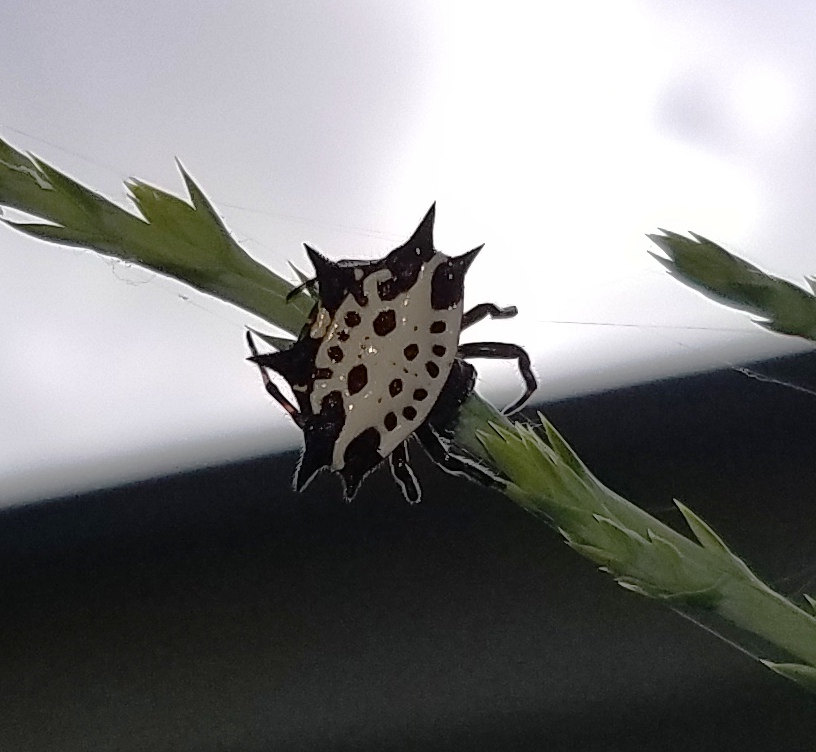 A day camp student found this black widow spider (below) in a hay bale on the edge of a trail. Luckily, black widows dwell in dark places and are not commonly encountered out in the open. [For more information on black widow and brown recluse spiders, see Spiders of Medical Concern in Virginia.] 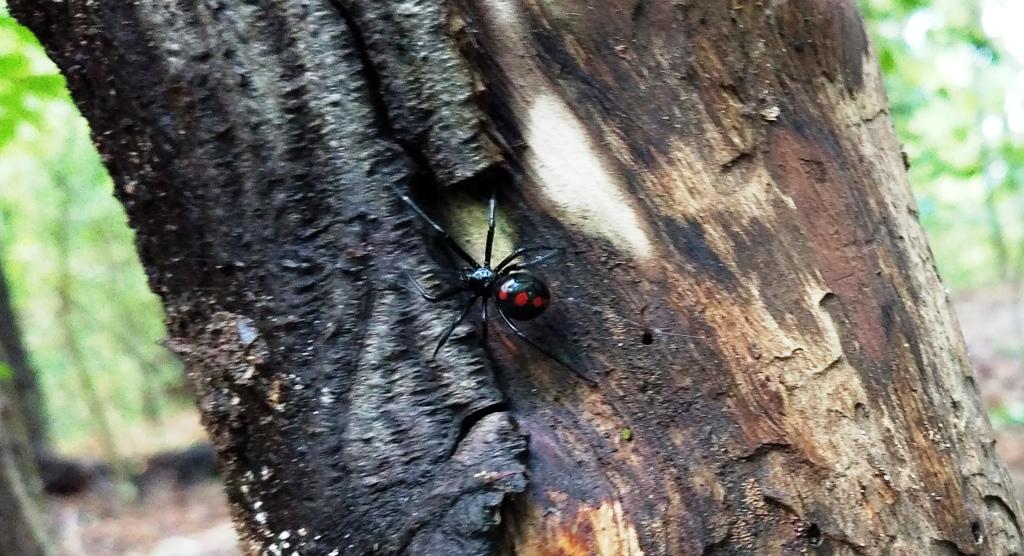 I am forever grateful to the coworker who showed me how to carry a “spider stick” in front of me to collect cobwebs. Just pick up a dead stick with branches that spread about as wide as your shoulders, like the one below. 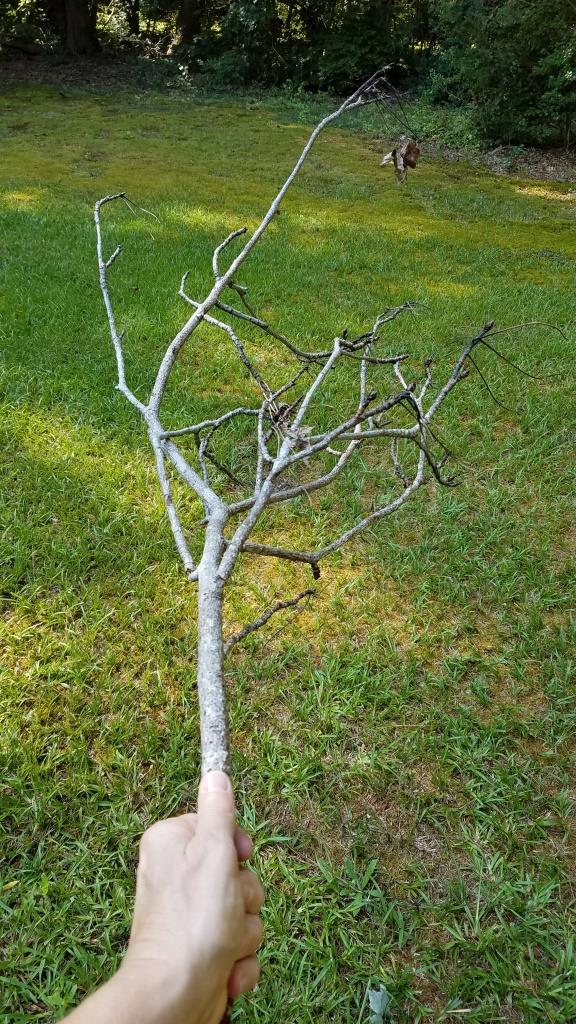 The spiders will collect on the branch instead of your face (below). Yay! 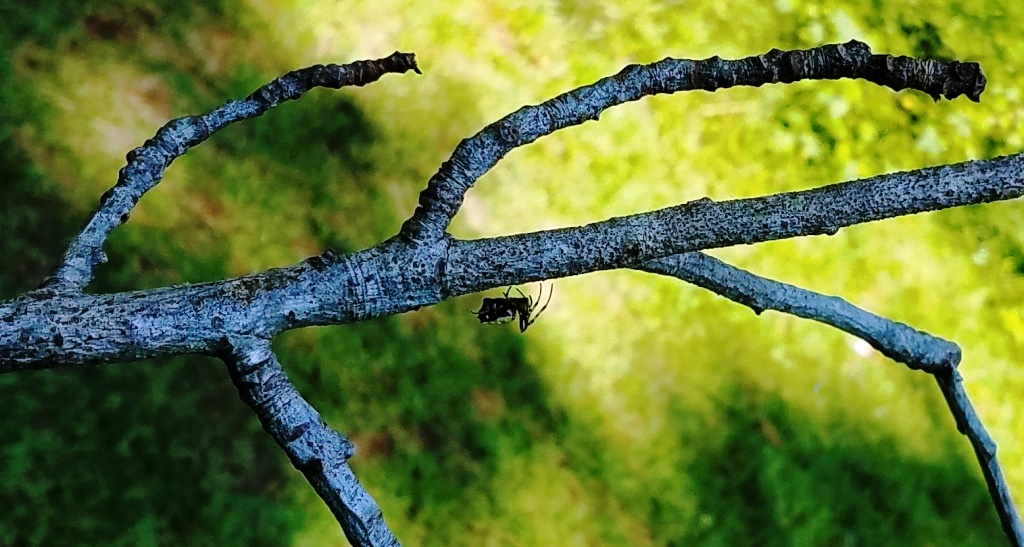 Technically, spiders are arachnids, not insects, and are generally considered beneficial because they eat so many nuisance bugs. Even pest control company websites urge us not to kill harmless spiders.