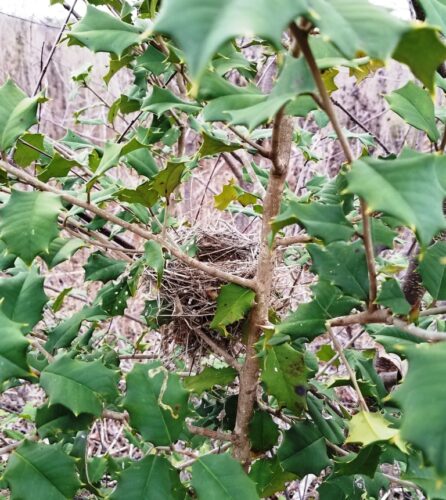 Cutover tracts of timber can look bleak during winter, but this leaf-less time of the year presents a great chance to see signs of wildlife.  It is also easy to encounter wildlife in clearcuts because many species take advantage of the change in habitat.  The Young Forest Project provides much more information on growing wildlife habitat and the benefits of young forests.

Some  species of songbirds seem to favor 6-8 foot tall trees for nest locations.  These nests contain both natural and man-made nesting material.

When we walk through clearcuts with the planting crew in March, sometimes we see American woodcocks, also called timberdoodles.  They have a unique “peent” call and are easily identified by their fat little tummies when they fly.  The photo below is a nest of woodcock eggs. 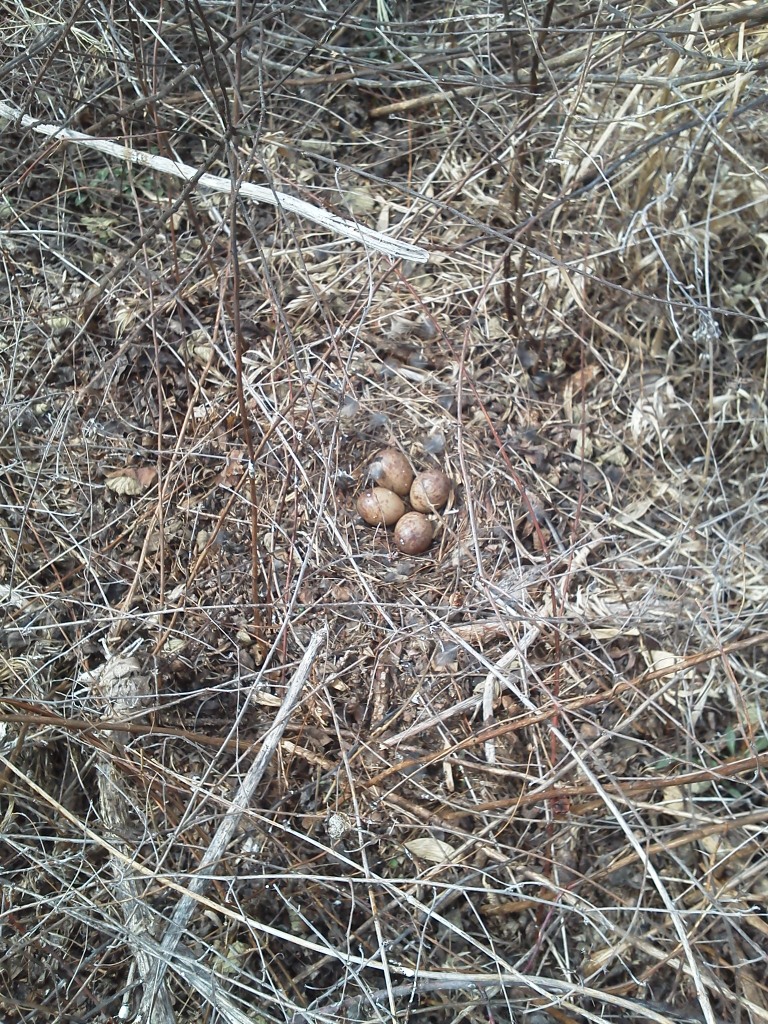 We came across the wild turkey nest below last June in a very fresh clearcut.  One of the 11 eggs fell out of the nest when the turkey flew away, but she likely rolled it back into the nest when she returned. 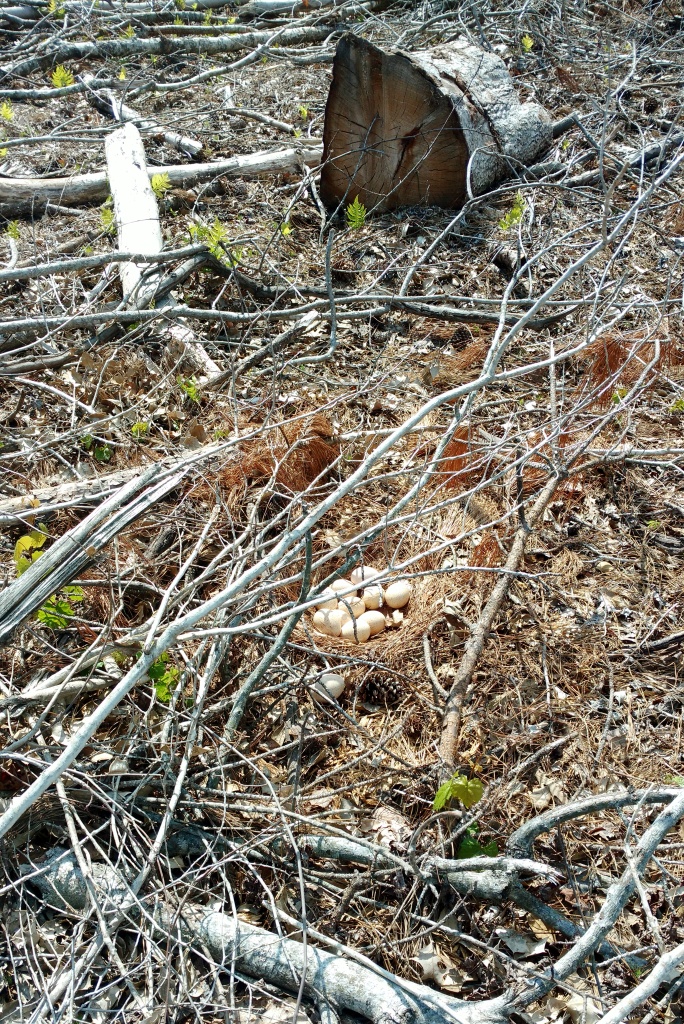 Eggshells from another turkey nest are still evident almost a year after hatching in another clearcut. 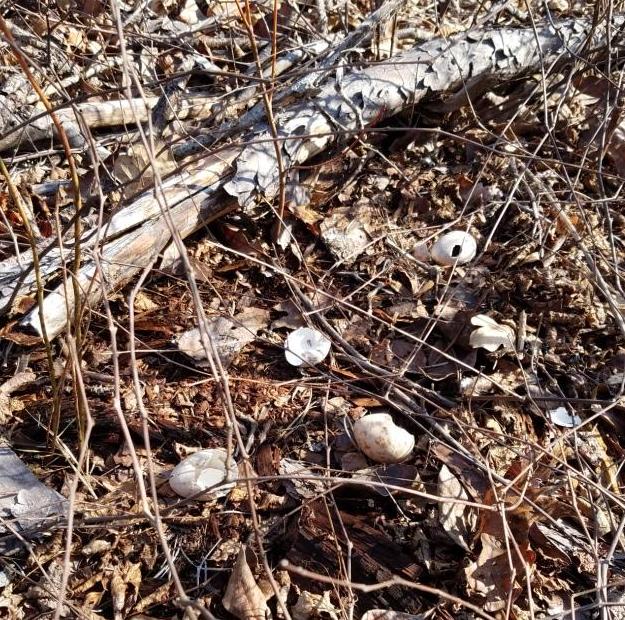 We also often see rabbits, fauns, quail, and snakes while walking through cutovers.  Quail, turkey, and woodcocks tend to flush, or fly away at the very last moment with a bit of wing-flapping and sudden bird calls, which usually makes me jump in surprise.

This last photo is not a clearcut, but a partially cut hardwood forest near a field edge.  There is a whip-poor-will in the center of the photo sitting on 2 eggs.  Last June, we heard the whip-poor-wills calling during a wildfire night exercise, and then saw the eggs with our headlamps.  When we returned the next day, the whip-poor-will was sitting on her eggs after many bulldozers had driven by during the night. 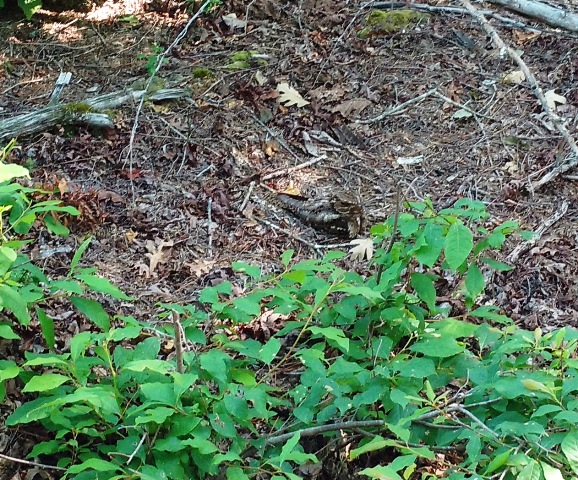