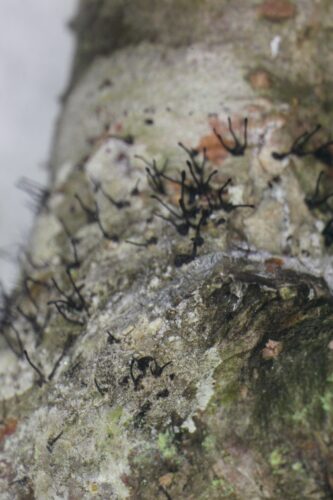 In 2006, former VDOF Forester John Wright noticed that white pines were declining in his work area in Highland County. He called the forest health program manager at the time, Dr. Chris Asaro, out to collect samples. They observed trees with browning needles, crown thinning and dieback, resinosis (streaking of resin), and canker (open and exposed tissue) development on the trees. Upon closer inspection, tiny fruiting bodies or “eyelashes” were noticed on the main trunk, and branches and small round shiny dots were seen within cankers. Samples were sent off to a pathologist with the USDA Forest Service and it was determined that there was a small scale insect (round dot) called Matsucoccus macrocicatrices and a fungal pathogen (eyelashes) called Caliciopsis pinea. It is unknown what the exact interaction is between the two causal agents, but the work of both has led to this decline being labeled a complex. 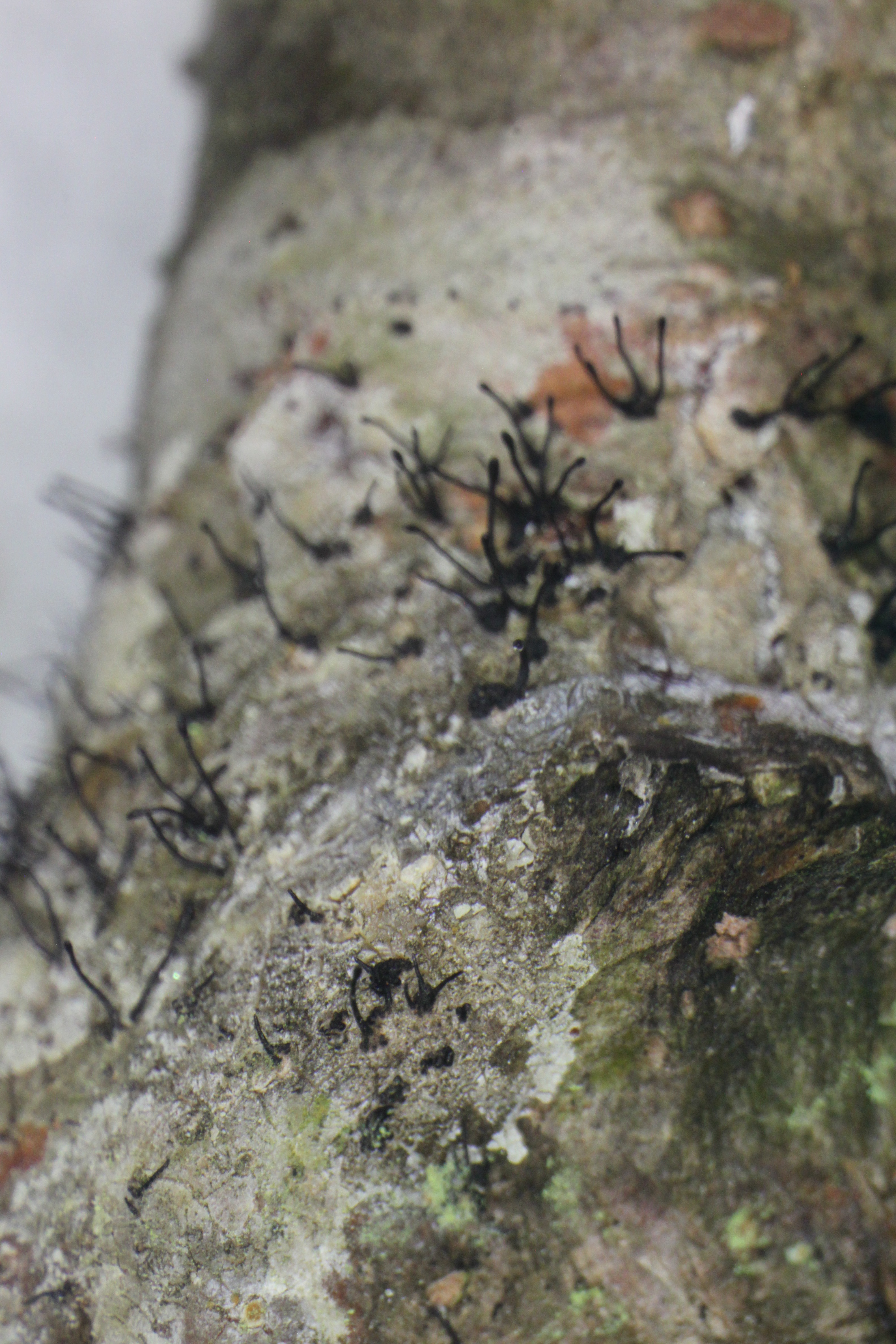 Caliciopsis pinea under magnification on a white pine branch 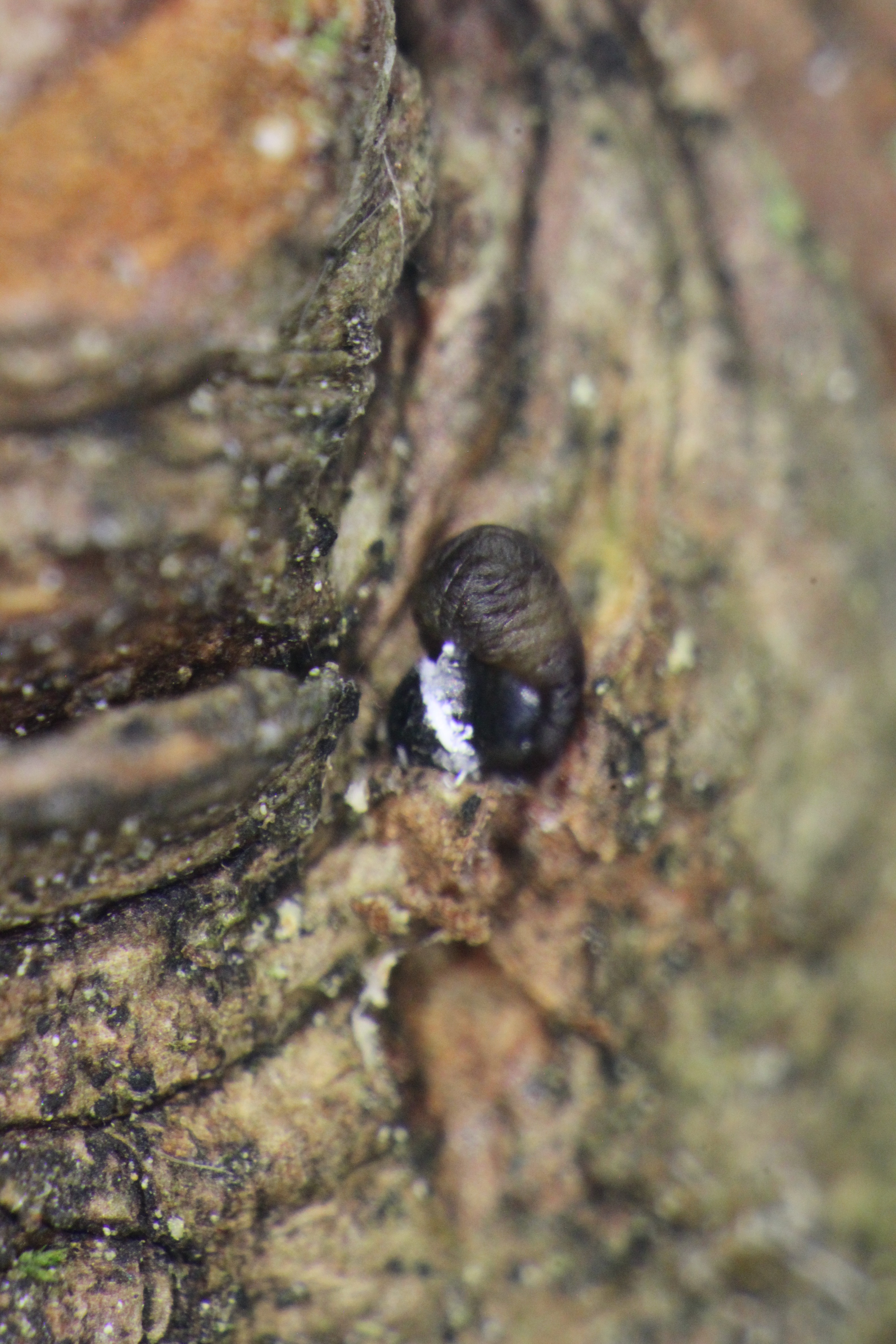 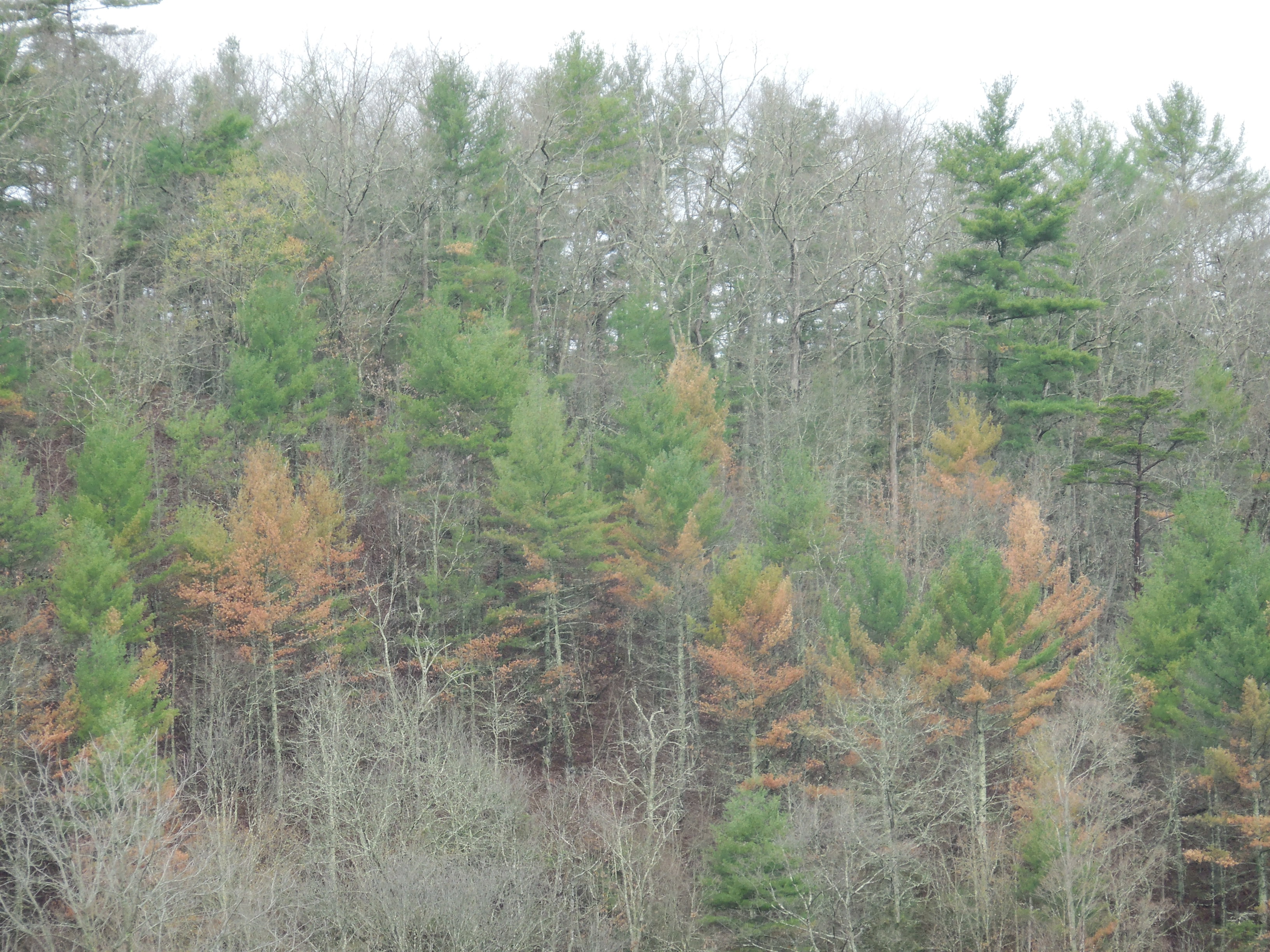 As Dr. Asaro started to see more symptomatic white pine, he decided to set up long-term monitoring plots to record the health and general conditions of these trees in western Virginia. Four sites were set up, one in each of the following counties: Bath, Highland, Augusta and Grayson. Within each site, four plots were established to collect data. Both the scale and pathogen have been found at each plot, and overall white pine health has been monitored since 2012.

Tree mortality in a forest is a natural process and part of natural thinning as trees mature and start to compete with each other for resources. This baseline mortality for eastern white pines in Virginia was determined to be between 12 and 14 percent. However, initial results from our VDOF white pine monitoring study indicate that there is some white pine mortality above normal baseline levels, most noticeable on smaller-sized trees. To better understand if/how this impacts larger trees, more data will need to be collected.

This spring, the VDOF Forest Health staff will return to these sites and take annual measurements. These measurements will be added to the current data set to help better understand the big picture of what is going on with this white pine scale/pathogen complex. Additionally, samples of scale and fungus will be collected and sent to researchers at the University of Georgia where they are studying the interactions between these two damaging agents (scale and fungus), as well as developing better survey techniques to continue monitoring white pine health.