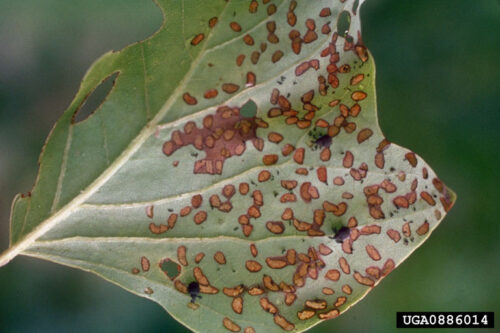 The yellow-poplar weevil has made its presence known again in southwest Virginia. This native insect generally causes very little damage, but the population increased enough this summer to have a noticeable impact on yellow-poplars in the southwest part of the state. The weevils are black and small, only about 1/8th of an inch long. Since this pest is a weevil, it has a long proboscis, or nose like appendage, that it uses to feed. Though their name implies they feed only on yellow-poplar, they also feed on magnolia and sassafras.

Adult yellow-poplar weevils emerge in early June and feed on leaves until mid-summer. As they feed, they make tiny notches shaped like a grain of rice in the leaf creating brown splotches on the leaf surface. This gives the trees a scorched appearance and may lead to premature leaf drop.

Since the yellow-poplar weevil is a native pest in the eastern United States, control is usually not warranted. Natural predators of the weevil normally regulate the population and keep it below damaging levels. Outbreaks of the weevil tend to occur every few years when weevil populations surpass natural predators. During outbreak years, tree damage may be unsightly and alarming, but is mostly just cosmetic and does not cause long-term harm to the trees. There have been six VDOF documented outbreaks in the last 25 years, all primarily in southwest Virginia. This year, reports of this pest came from Roanoke, Bedford, Buchanan and Russell counties. VDOF forest health staff conducted an aerial survey on July 2nd and mapped damage in Bedford, Botetourt, Roanoke, Montgomery and Floyd counties. Yellow-poplar weevil damage appears to be widespread throughout the western region this year, but it is patchy and scattered throughout the landscape.

In heavily infested areas, you may see these weevils crawling on top of vehicles or falling on people walking by. They are often mistaken for ticks, but don’t worry, the yellow-poplar weevil doesn’t harm humans! 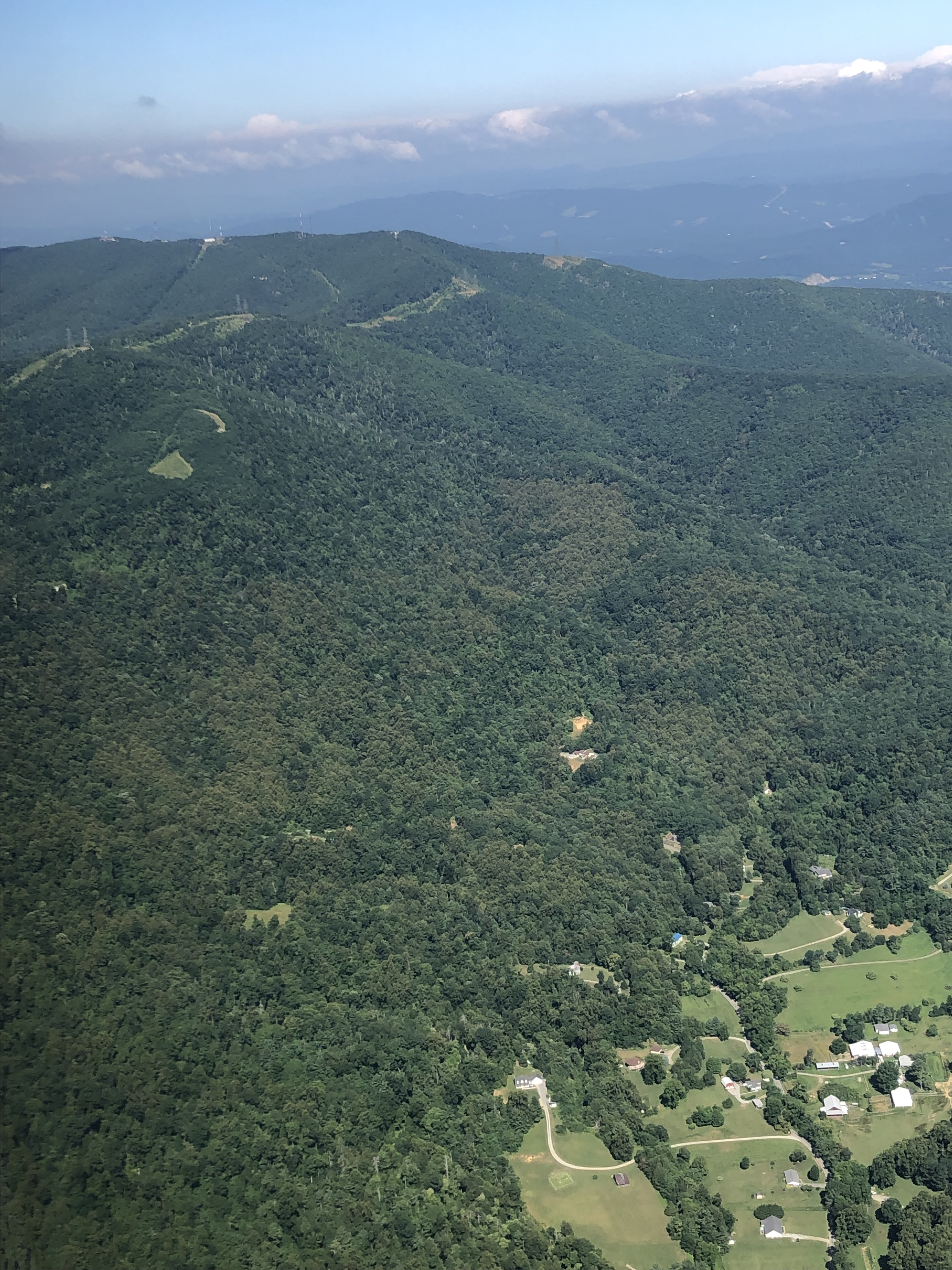